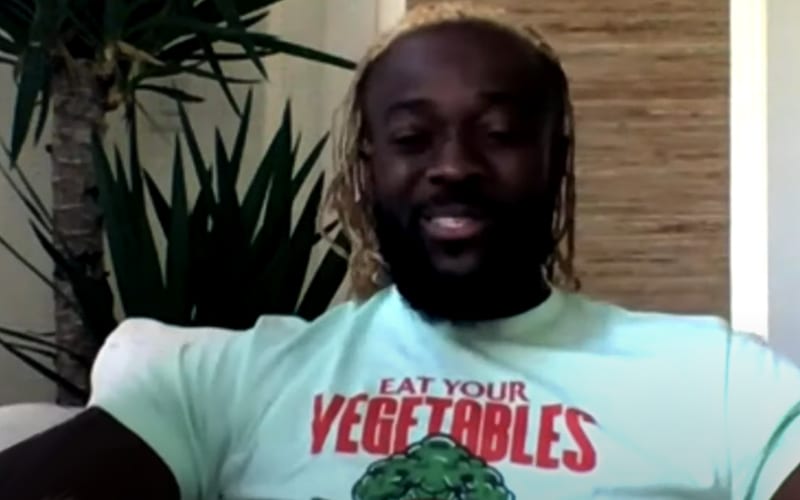 Big E is currently on his 2020 singles tour. Tonight at WWE Payback, E will take on Sheamus which will likely score him a win. Kofi Kingston will be at home cheering him on either way.

While speaking to WWE The Bump, Kofi Kingston said it is strange sitting at home right now. Watching from his couch might be weird, but it’s nothing new cheering on his New Day brother Big E .

“It feels weird to be there and watch from the couch, yeah, but it doesn’t feel weird to watch and support because regardless of where we are, man we’re always supportive of each other even when. like Woods hasn’t been with us. It’s crazy, it’s been almost a year, but it doesn’t, you know like we’re always with each other we stay in constant contact through texts and voice messages. Just because you don’t see us on TV together doesn’t mean that we’re not vibing together. Even on Up Up Down Down we’ve done several things on that.”

The New Day might not be together on television right now, but they are still very close outside of the ring. Their weekly Feel The Power podcast also gives them an opportunity to see each other, if only through a Zoom call.

When it comes to Big E’s push, Kofi Kingston is happy to support him. He knows that Big E will represent the New Day and do his thing while everyone else is away.