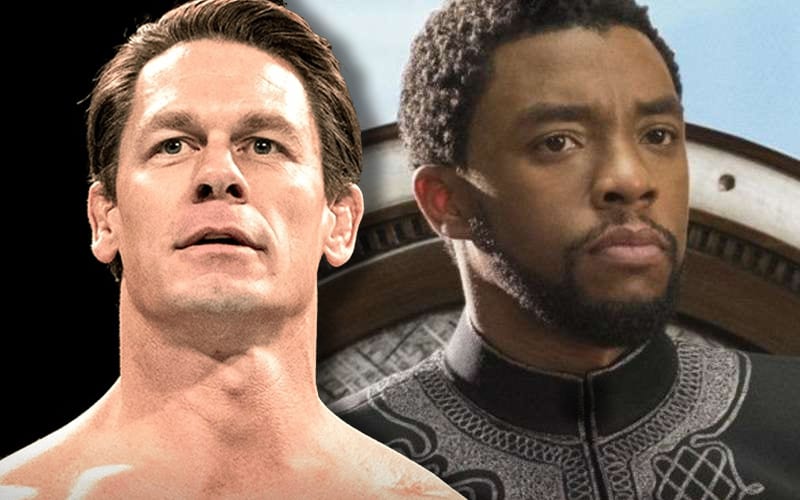 Chadwick Boseman passed away after a battle with cancer. His fans didn’t even know he was sick as the Black Panther star fought through the disease while he was in the midst of his biggest career moves.

Boseman’s passing left a hole in American culture as so many are still trying to come to the realization that he was taken far too soon. Tons sent out tributes, and ABC will play Black Panther commercial-free during Payback tonight starting at 8:00 PM EST. That will be followed a special tribute special honoring his memory.

The Rock sent out a touching tribute to Boseman. Plenty from the pro wrestling world sent tributes as well.

John Cena hasn’t written anything to remember Chadwick Boseman yet, but his Instagram has been honoring his legacy. Cena’s Instagram never posts any captions as images do the talking for him.

Chadwick Boseman is gone, but his memory will live on. Now the world can thank him for everything he did as an inspiration to millions through his life.