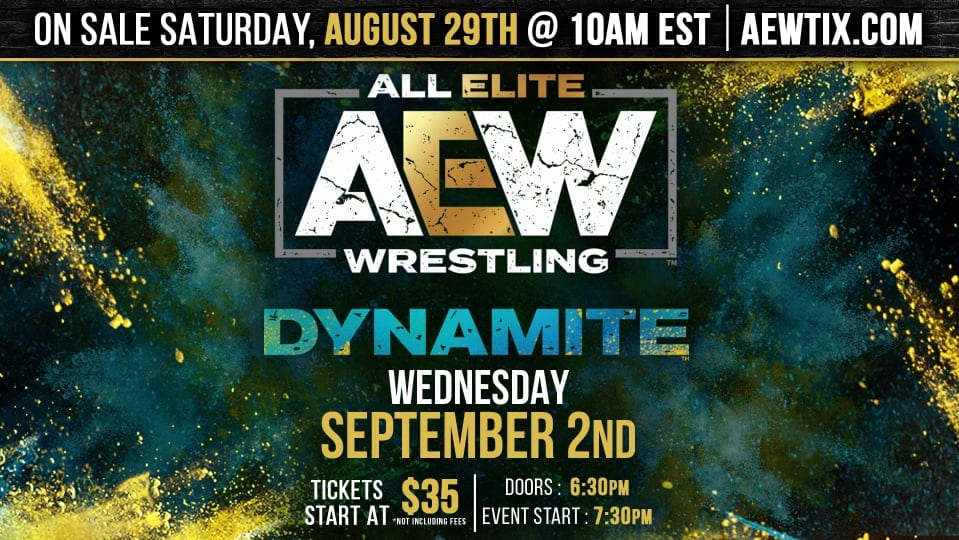 AEW Dynamite had to be shifted to Saturday last week and to Thursday this week due to NBA schedule changes. However, Dynamite will make it’s return to Wednesday nights starting next week.

Khan took to his Twitter handle to announce that Dynamite will be live on their home slot on Wednesday night next week. This will be the go-home show for the ALL OUT pay-per-view that will air on September 5th.

#AEWDynamite is Live next Wednesday! We’re back in our home slot after being timeshifted on the past 2 Wednesdays! It’s a huge card for the last show before All Out!

Khan said that they’ve received confirmation from TNT that they will not be timeshifted next week. He expressed his excitement at returning to Wednesday nights with a “huge episode” of Dynamite.

We’ve gotten confirmation from TNT that we won’t be timeshifted next Wednesday by any playoff schedule changes! We’re so excited to be back with a huge episode of #AEWDynamite Live next Wednesday, September 2! We’ve got such amazing fans; thank you all so much for supporting AEW!

With Dynamite’s return to Wednesday nights, the Wednesday Night Rating War shall also resume next week. Both NXT & Dynamite are bringing their A-games to the table in the coming weeks so the fans will have a lot to watch out for.