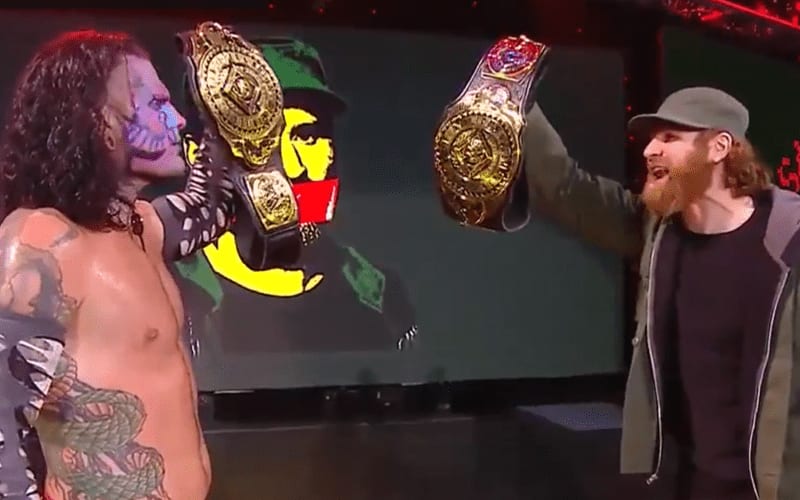 Sami Zayn hasn’t been around since the coronavirus pandemic started. He was WWE Intercontinental Champion at the time of his departure, and the company stripped him of his title. Now that Jeff Hardy is the champion, Zayn wants his title back.

Following Jeff Hardy successfully defending the IC Title against Shinsuke Nakamura in an open challenge, Hardy was trying to exit the ThunderDome. Then Sami Zayn’s music hit and he came back.

Sami Zayn is back, but it’s unclear how much he’ll be pushed. It will be interesting to see if he returns to his former spot on the card.