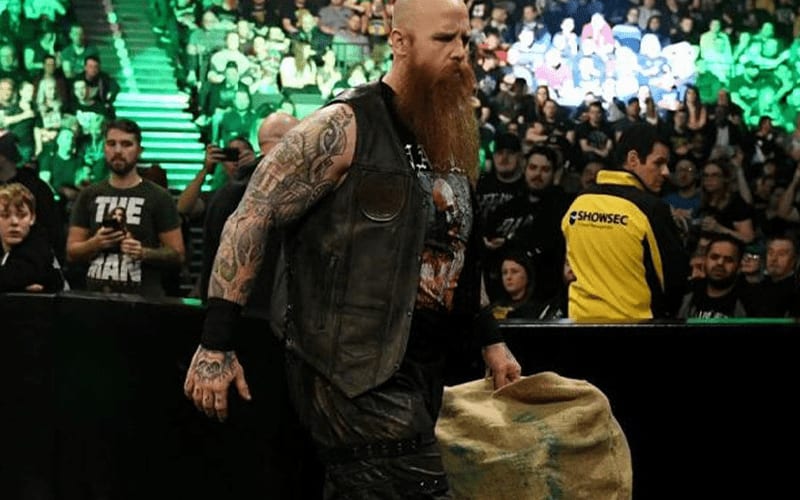 WWE released several people on April 15th including Erick Rowan. The former Wyatt Family member had just come off a gimmick where he had a big spider in a cage, but it fell flat.

Rowan felt bad about the gimmick bombing. The next week the entire program was killed off, literally when his spider’s cage was smashed.

Erick Redbeard told Chris Van Vliet that Paul Heyman told him he was in good standing with the company. Heyman allegedly told Rowan he was “killing” the cage gimmick and he shouldn’t worry about losing his job

“Maybe it’s because a mix of my creative ideas tossed aside and this and that, but yeah, directly to my face, he says, ‘Don’t worry, you’re killing the cage. Better things are coming. You’re in good standing with the company’. Why tell me something and then this whole thing hit and I wasn’t used at all during this whole time. So, it’s just kind of sitting at home. So, if I’m going to sit at home, I might as well be let go and not making money, because I’m not doing a job.”

Rowan wasn’t used, and then he was released. There was likely a considerable amount of frustration there as well considering how he tried to prove himself whenever possible.

We’ll have to see what Erick Redbeard does next. A spoiler leaked saying that he joined AEW, but that didn’t happen. He could still show up when we least expect him, but he won’t be carrying a big cage with him.