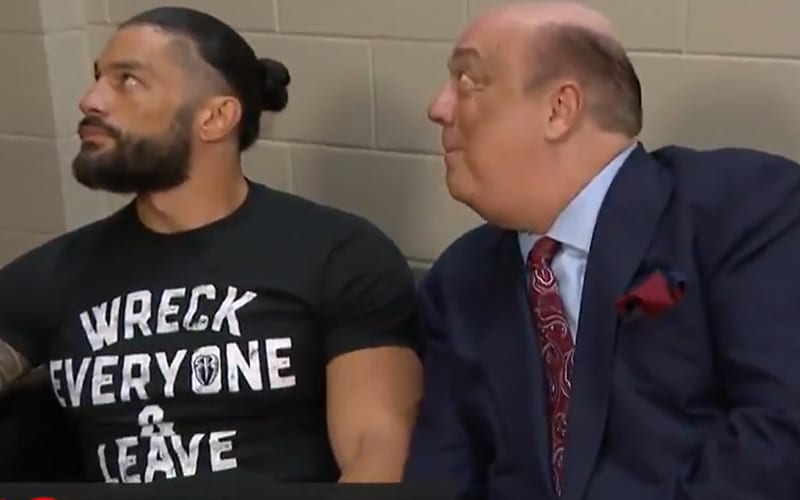 WWE SmackDown hyped Roman Reigns’ appearance all night. They didn’t show him until the closing moments, but they made it well worth a huge surprise.

Adam Pearce was tasked with getting all three men in the triple threat Universal Title match at Payback to sign their contract. At the end of the night, he finally found Roman Reigns.

Roman promised that he will be at Payback and he will win the Universal Title back that he never lost. “That’s not a prediction, that’s a spoiler.” Then the camera panned over and Paul Heyman was sitting next to Roman Reigns as he said: “Believe that.”

It appears that Paul Heyman is now by Roman Reigns’ side as his Advocate. This could change the dynamic in a huge way from this point on.