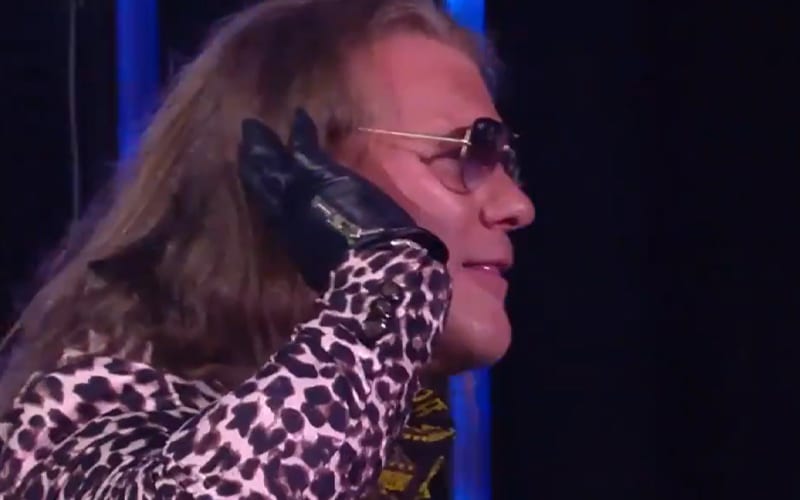 AEW had live fans back during Dynamite this week. Fans brought back a lot of energy that the show was missing. They also took part in a sing-along, and a lot of people might not have realized how much they missed hearing AEW fans sing.

Chris Jericho opened up the show by coming out to join the commentary team. Fozzy’s song Judas has been Chris Jericho’s entrance music since he started with AEW, and fans love singing for him, even with the song cuts off.

Fans continued singing Judas well past the time when AEW cut off the song. So many fans at home tweeted out about how much they missed hearing Fozzy’s song that “Judas” was trending on Twitter.

Chris Jericho’s name also trended on Twitter. He was on commentary all night. That could have played into why so many people were tweeting about Le Champion.

It is also notable that Eddie Kingston’s name was trending for a while. You can check out a screenshot from Twitter’s Thursday night trends below.