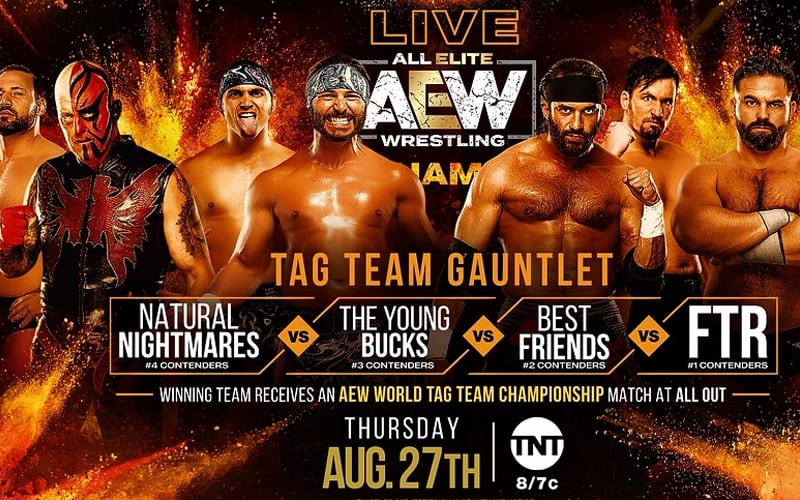 AEW is bringing a special episode of Dynamite this week. They are on Thursday due to the NBA Playoffs’ scheduled games. AEW is still bringing Dynamite to fans as advertised on Thursday.

Brodie Lee will have a huge celebration on Thursday. This will also be a show with actual live fans as they were selling tickets for Daily’s Place.

Chris Jericho will be on commentary once again tonight. It’s unclear if Excalibur will return to commentary, but this was the week he was reported to return.

The winner of a tag team gauntlet match will receive an AEW World Tag Team Title match at All Out. The Natural Nightmares will face the Young Bucks, then the Best Friends. FTR will then face the winner of that match.

Matt Hardy vs Sammy Guevara will also battle each other in a tables match. Also, Jon Moxley and MJF will sign their contract for that AEW Title match at All Out on September 5th.

Big Swole vs Britt Baker in a handicap match. That match shouldn’t be fair for Swole one bit as she faces Baker, Penelope Ford, and Reba (Rebel). All that and more is expected for this week and we will have complete coverage right here at Ringside News.