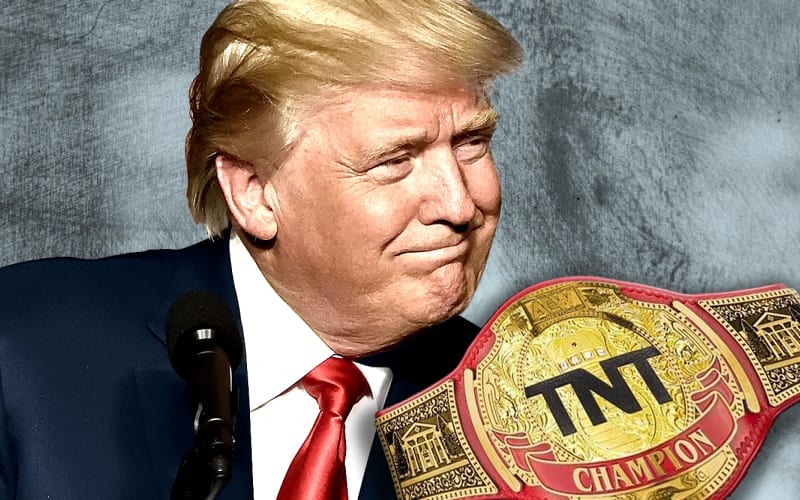 Pro wrestling fans are quite inventive and the internet can be their playground. One fan thought that the 2017 edition of Payback needed an adjustment so that’s what he did.

WWE will present Payback this Sunday. We’ll have to see what the company books for the big event. This year’s show will likely be exciting, but it will be nothing compared to when Chris Jericho battled Donald Trump in 2017 with the AEW TNT Title on the line.

If you don’t remember that epic Jericho vs Trump encounter, that’s because it didn’t happen. Fans who only have Wikipedia to rely on wouldn’t know any better. Someone got into the 2017 Payback event and added that match in.

We’re not quite sure why someone booked that fantasy match. Jericho did defeat Kevin Owens that night, but he didn’t wrestle Trump.

There are other interesting additions to the Payback card such as John Cena losing to Bray Wyatt in a House Of Horrors match. That didn’t happen either because it was Randy Orton in that match.

Also, Johnny Gargano didn’t defeat Samoa Joe either. Joe lost to Seth Rollins that night. Braun Strowman defeated Roman Reigns instead of the Rollins vs Reigns match that is on Wikipedia.

You can find an image of the edited page below. We checked and as of this writing the Wikipedia moderators haven’t caught this one yet.