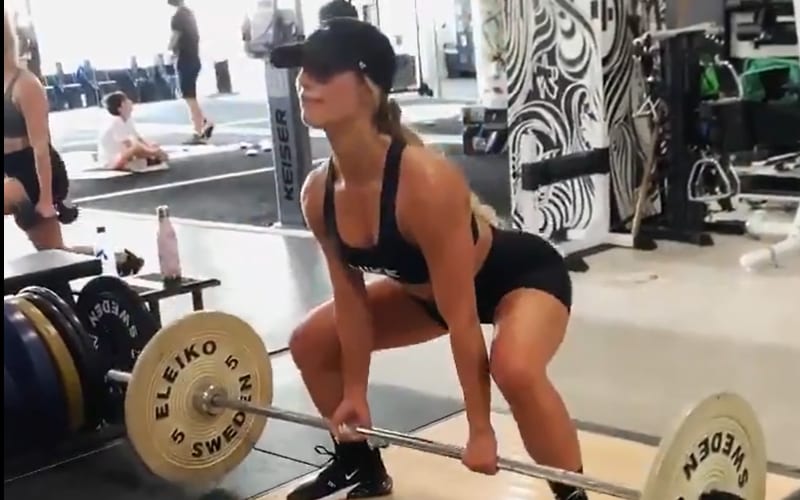 Carmella isn’t being used on WWE television, but she’s still staying in shape. It appears that she’s ready for her return whenever WWE wants to give her a call.

Fans have asked Carmella about her absence, and she’s been reply to them in recent weeks. Perhaps she is gearing up for a return. WWE used her in the promotion for the ThunderDome, but she wasn’t seen.

The former SmackDown Women’s Champion posted a video online showing off her recent workout routine. She captioned the video to express how proud she is of the way her booty looks in the video.

Corey Graves commented on this video asking: “Does this mean I get to start taking videos of your butt too?” He hasn’t received a reply so far.

We’ll have to see when Carmella is able to make a return to WWE. She isn’t injured and hasn’t expressed any desire to stay at home during the pandemic. Is the WWE ThunderDome in for a return of the Princess Of Staten Island? Sound off in the comments below!