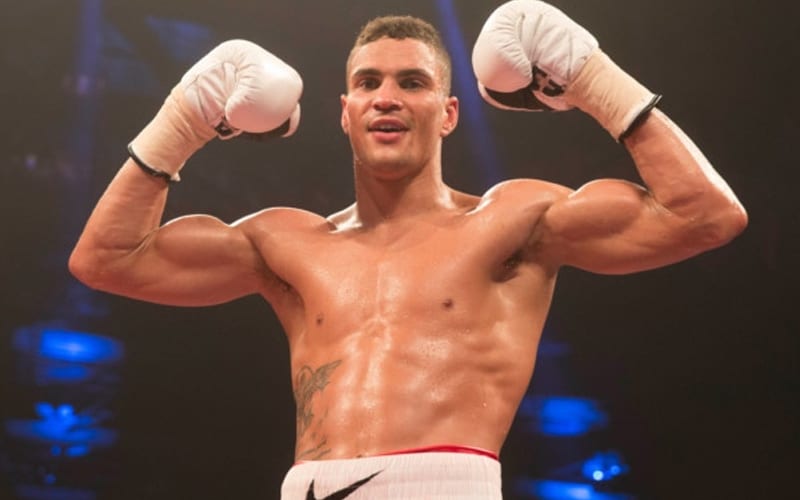 AEW signed boxer Anthony Ogogo to a contract, and he was training to become a pro wrestler. He is from the UK, but was in the United States for a time. The pandemic might have caused a hold-up in his entry to the squared circle.

All Elite Wrestling was able to continue production, but they needed to change some plans around. Anthony Ogogo is someone the company has plans for. Those plans obviously haven’t materialized just yet.

“He’s training, I don’t know if he went back to the UK or not, I haven’t asked. He was being trained by Dustin and I think QT. I’m not exactly sure who was training him, but he was absolutely being trained. He had a developmental deal and they were looking at a role for him. There’s been some ideas, but they just want him ready when they want to do it.”

“Right now I don’t know where that stands or if he went back [to the UK]. I never asked if he went to the UK. If that’s the case then I’d say that he’s not training right now. Before the pandemic he and Sadie Gibbs were in developmental. They were training with the idea of getting better and when they’re ready coming in.”

AEW released Sadie Gibbs from her deal, but no news about Anthony Ogogo’s status has been released. This is an interesting situation because Ogogo has a lot of potential, but he still needs to train.

It might be a good idea to keep Anthony Ogogo in mind for a surprise angle down the line.