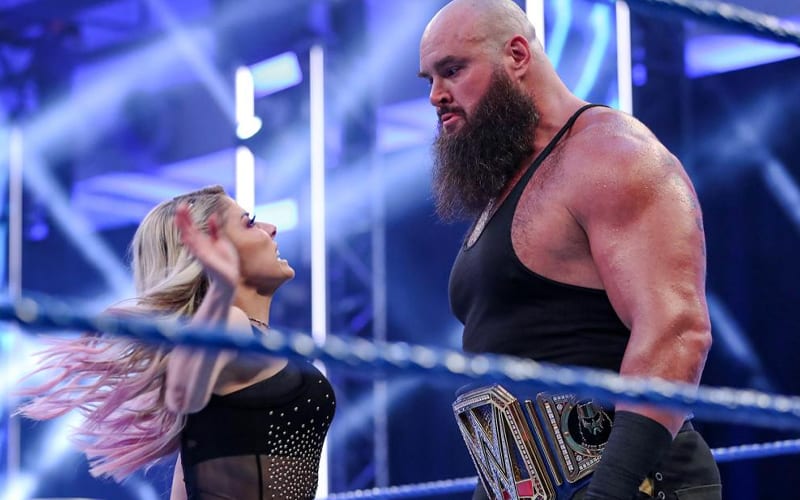 Alexa Bliss was used in Braun Strowman and Bray Wyatt’s feud toward SummerSlam. Then she didn’t make any impression during the actual event. Alexa Bliss obviously noticed this and she sent out a thought-provoking tweet the next day.

Alexa Bliss sent out a tweet on Monday afternoon that caused a lot of people to pay attention. She might be going through some introspective thinking at this point. The tweet was geared toward being patient and knowing your worth. That is a very interesting thing to send out at a time like this.

Sit. Think . Breathe. Know your worth .

Alexa Bliss and Nikki Cross were still rolling with the WWE Women’s Tag Team Titles in their sights. Then the team seemingly disbanded, but likely not forever. Bliss certainly got sidetracked with her involvement in Wyatt and Strowman’s program.

We’ll have to see what’s next for Alexa Bliss, but this could be the beginning of a new chapter for her character in WWE.