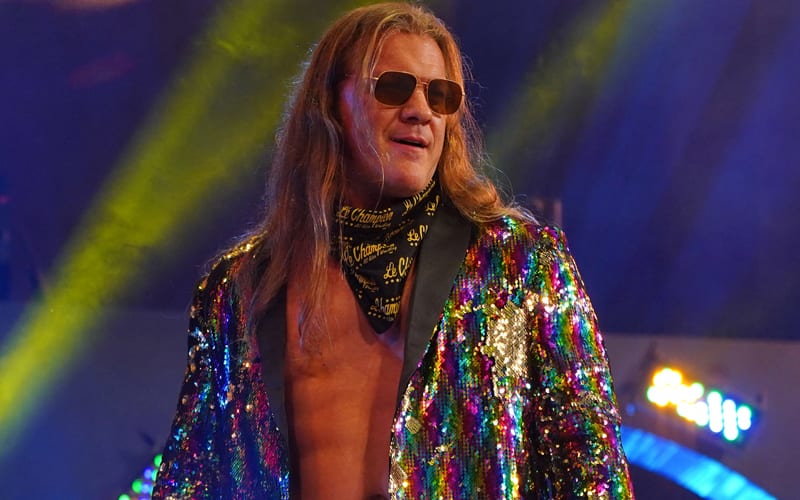 Chris Jericho and Orange Cassidy will collide for a third time at All Out on September 5th. They will have a very interesting encounter as well.

It just makes perfect sense that Freshly Squeezed and the Little Bit Of The Bubbly creator himself blend and create a mimosa. Now the Mimosa Mayhem match will soon be a reality at All Out.

While chatting on his Saturday Night Special, Chris Jericho revealed how he came up with this new match idea. He made mention of how he created the Money In The Bank match idea this week during his promo on Dynamite. Let’s see if the Mimosa Mayhem match has the same longevity.

It’s something we came up with where you can only win by pinfall, submission, or by throwing someone into a vat of mimosa, so, I can’t wait for you guys to see what we have come up with. I got the idea kind of coming from those old Atsushi Onita exploding, barbed wire deathmatch sort of things.”

“[There should be] a lot of suspense, like a battle royal when you get thrown out, holding onto the ropes, and that sort of thing. Of course, is someone is able to throw the other in the pit, the vat, the container of mimosa, then they’re the winner. So of course it makes perfect sense for this storyline, this feud with Orange Cassidy. Obviously he’s Orange Juice and I am ‘A little bit of the bubbly’, the champagne. So we were trying to think of some cool ideas and that popped into my head, and I thought it could be a fun match with a lot of twists, and turns, and false finishes, and that sort of thing.”

“There’s going to be two vats of orange juice on each side of the ring, and one open side if someone is going to do a dive. The great AEW production crew is working on that right now, putting together this amazing design. We’ve got such a great group of guys and girls on the team that can create all this stuff and do all this great work, so I’m really excited to see what they come up with. We’ve had a few sketches and few designs and all that, but if I showed you my original sketch, you’d probably be laughing at how basic it was.

It sounds like Chris Jericho has a lot of things planned for this gimmick match. If bringing fans back to Dynamite next Thursday works out then they might be able to expect some paying fans to witness the Mimosa Mayhem match live.