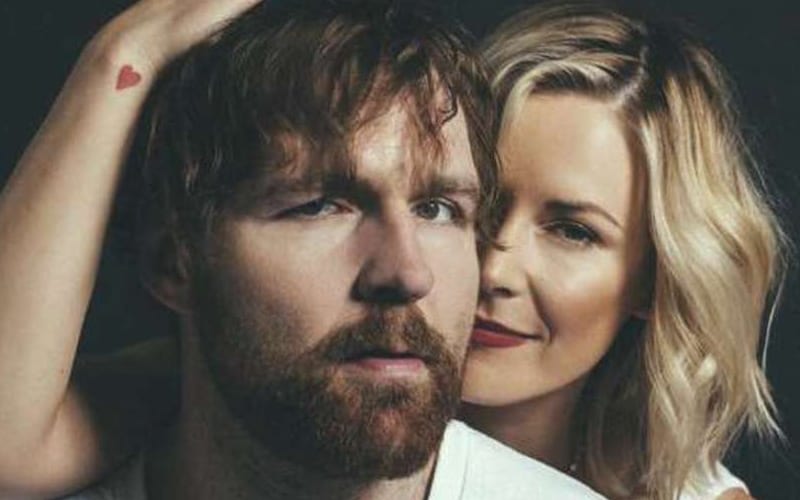 Renee Young was one of several WWE employees who tested positive for COVID-19. WWE is not letting their Superstars reveal positive test results, but their employees such as Kayla Braxton, Jamie Nobel, Adam Pearce, and Young did reveal they were positive.

Jon Moxley did not contract COVID-19 during that time, but he was very concerned for his wife Renee Young who he says got it from being around WWE.

While speaking with Wrestling Observer Radio, Jon Moxley discussed Renee Young’s battle with COVID-19. He said that he was scared when she tested positive. This is an uncertain time for a lot of people, and Moxley explained the timeline of events as they discovered his wife was positive for the virus.

She came back from Orlando. Apparently somebody there had it. Everybody had to get tested. She was negative. She flew home. Then five or six days later, she starts feeling sick. I’m thinking nothing of it. Next morning, she said she hopes she doesn’t have COVID. The next day I went to train in the morning. I came back and she was still in bed. She said she felt like sh*t. I figured we would get her tested. The tests came back in an email. I looked at mine and it said negative. I figured hers would be the same because we have been in super close contact for six days.”

“At this point, I had already pulled out of the next day’s TV because all I was going to do was a promo and it wasn’t worth the risk. I see it was negative, so for 30 seconds, I figured I could catch the 6 AM flight and still make TV. Not 30 seconds later, she gets hers back and it’s positive. I didn’t expect us to have different results. I went and slept on the couch. I didn’t know what to do so I got tested again as soon as I could. She was bad for a couple days. She was coughing a bunch. I was sleeping on the couch hearing her cough all night. I didn’t sleep for two days because I was scared. I’m not ashamed to admit that I was scared because we know so little about this disease and it affects everybody differently. Her case was average at best. She was sick for a couple days. It lingered a bit and now she’s fine.

Renee Young thankfully got better. Now she is out of WWE and won’t have to make a trip to Orlando unless she really wants to. We’ll have to see what happens in Renee Young’s career next, but she will have no shortage of options available for her.

Thanks to Wrestling News Source for the transcription