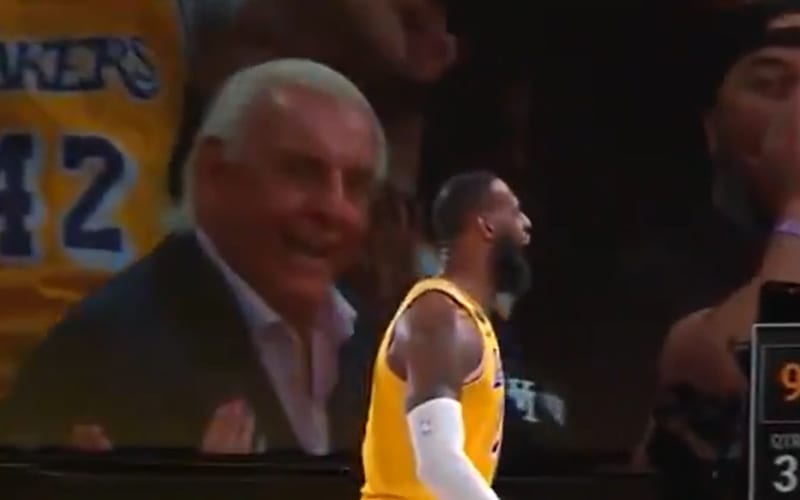 The Nature Boy was featured on screen during the Lakers and Blazers’ game last night. They called attention to him during the broadcast and even let out his signature “wooo” on commentary.

It’s good to see that Ric Flair is doing much better after getting punted in the head by Randy Orton. We’ll have to see if he comes back around for SummerSlam. He’s out of the house and could always swing by the Amway Center.

Ric Flair doesn’t like to remain stationary for long, and a pandemic isn’t keeping him put either. This just goes to show that you never know where Ric Flair will pop up next.