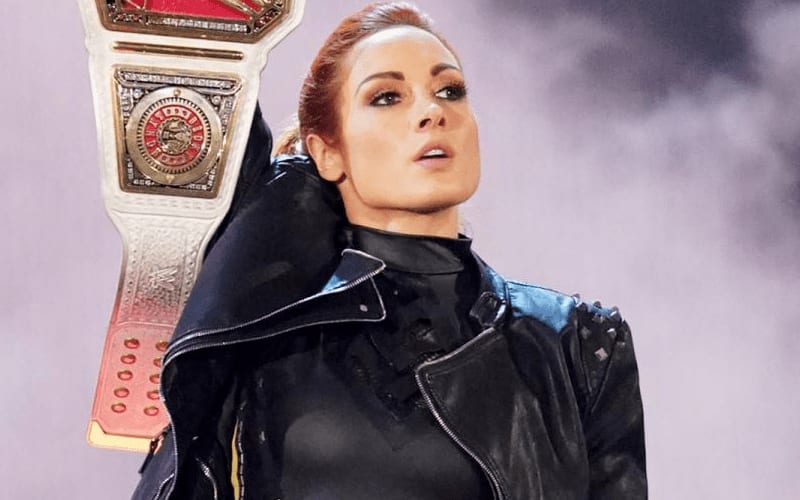 WWE’s women’s division fought hard to be noticed through Give Divas A Chance. Now they are Superstars, but when Becky Lynch started calling herself “The Man,” it apparently ruffled some feathers.

While speaking to Digital Spy, Stephanie McMahon brought up Becky Lynch. She said that some women in WWE ha an issue with that name. Of course, she ended up running with it and made tons of money and garnered praise in the process.

“(‘The Man) really was her idea. It’s funny because some women were very against it like, ‘Why do you have to call yourself the man? Why can’t you be The Woman.’ But she just didn’t take it, you know, too literally. The whole point was to turn that nomenclature on its ear, right, because everyone says, ‘oh the biggest, the most successful person in the room is The Man. Well, why can’t The Man be a woman?”

The next time we see The Man she’s likely to be The Mom. She’s also not done in the ring by a long shot. When she comes back odds are she’ll still be rocking The Man moniker just like the day she left.