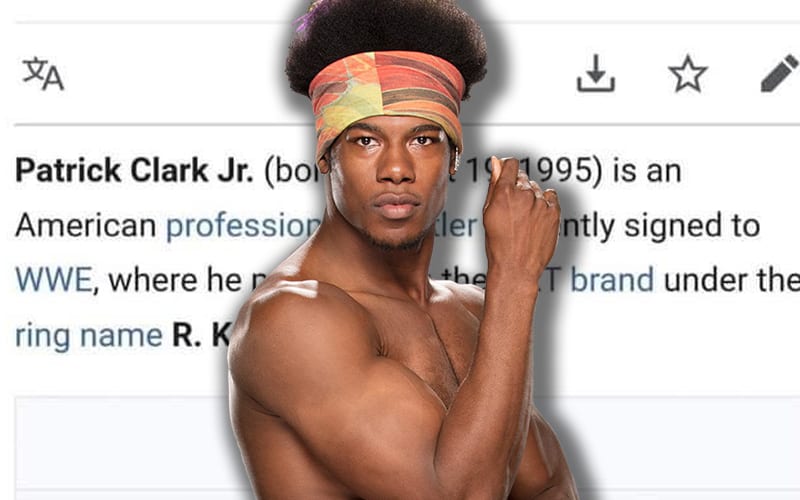 Velveteen Dream defeated Finn Balor this week on WWE NXT when a ton of fans didn’t want him back on their television to begin with. Then #FireVelveteenDream popped up and went viral on social media.

Dream’s Wikipedia entry was edited and for a brief time it showed that his ring name is “R Kelly Jr.” Of course, we all know what R Kelly allegedly did. Dream didn’t allegedly do all of the same things, but it was apparently close enough for whoever edited his page.

The mods at Wikipedia switched Velveteen Dream’s page back to normal. This still stands as an example of why you shouldn’t upset the Internet Wrestling Community.