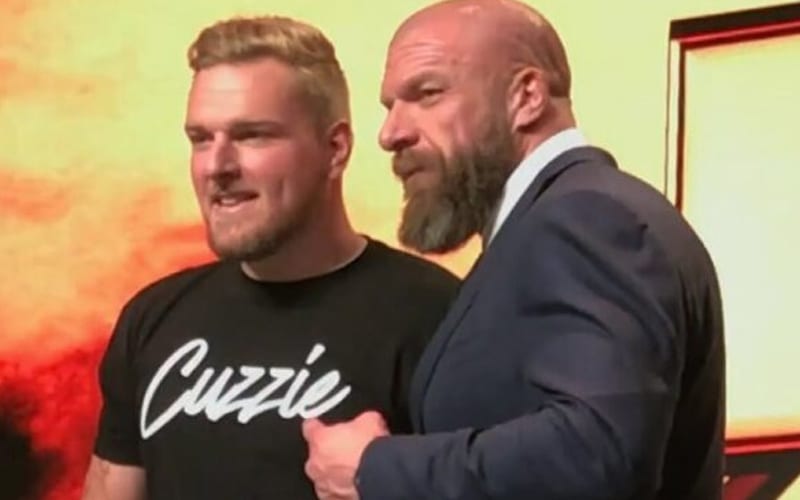 During Triple H’s TakeOver conference call, he hyped McAfee up and stated that this won’t just be a one-off match for the former NFL punter. He said that McAfee will shock a lot of people. Adam Cole is also the perfect person to help him do that.

Adam Cole said that he’s going to make sure that Pat McAfee’s match at WWE NXT TakeOver: XX is his last match. Apparently, Triple H would tend to disagree.