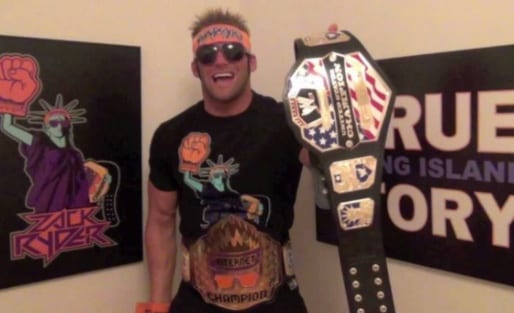 While we all remember the man formerly known as Zack Ryder for his iconic Intercontinental Championship win and his grassroots movement from the bottom to the midcard, many forget that it all started with one very special YouTube show.

Z! True Long Island Story was a show ahead of its time, and it was a show that managed to elevate Ryder to a whole new level.

Now, some fans are wondering whether or not Matt Cardona is going to dive back into the YT pool and give us something new.

While he may already be doing some great work with The Major Wrestling Figure Podcast, there’s no denying the fact that he probably wouldn’t have even been around in WWE that long if he hadn’t taken matters into his own hands.

Who knows, maybe an extended run on Being The Elite could be on the horizon.