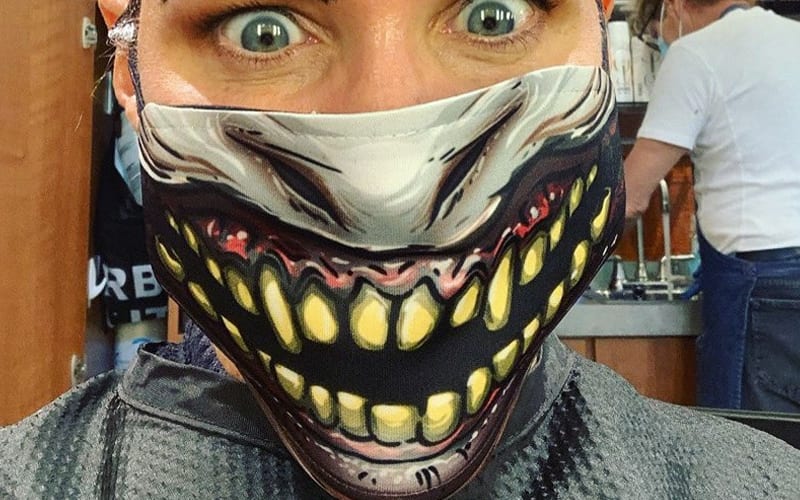 Stephanie McMahon recently shared a photo of herself while she was at the hair stylist. The WWE CBO was sporting a Bray Wyatt Fiend mask at the time which made for quite an eye-catching photo.

A Bray Wyatt Fiend mask isn’t the first mask you’d think Stephanie McMahon would have picked. She also likely got a few looks while out in public rocking the mask. Or, she has a regular mask that she swapped out for The Fiend just for this photo.

Steph in a Fiend mask will likely become an image that is shared for a long time to come. The intention of her tweet was to show support for WWE, and also to plug the company’s masks.

Isn’t this how everyone gets their hair done?

Get your @WWE Superstar Face Mask at @WWEShop today, proceeds from sales go to @Americares!

WWE is giving proceeds for those masks to Americares. They have sold them for a couple of months now and they are regularly featured in the crowd during WWE events. Stephanie McMahon certainly picked the right mask to wear to the stylist.