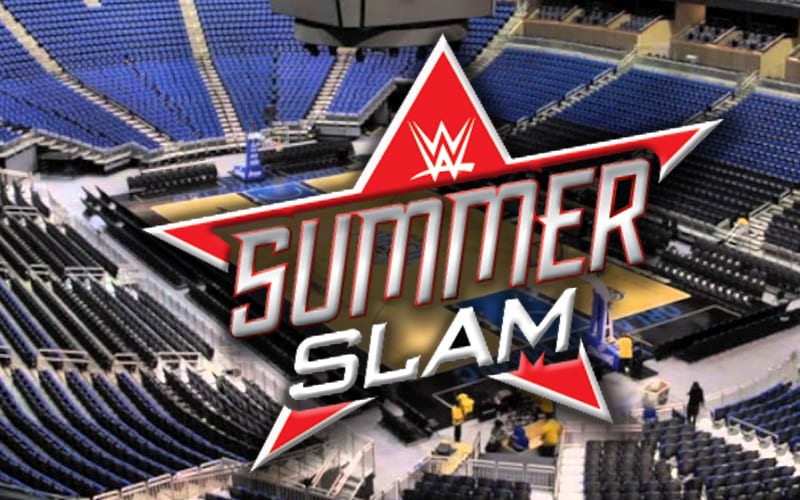 WWE has some big plans that extend past SummerSlam.

Wrestle Votes tweeted out a series of four images that made a lot of people wonder what he meant by this puzzle. Then the dots started to connect as fans pointed toward the Amway Center in Orlando Florida as the connecting thread.

Jon Alba posted about this rumor and he contacted the Amway Center. They confirmed with him that they are closed until 2021. “As of now” was the verbiage that he used, but if something was recently finalized then the news might not have trickled down to whoever he spoke to yet.

It was also reported that WWE might look into using the facility for all future events.

Re: @WrestleVotes hinting #WWE may hold #SummerSlam at Amway Center in Orlando: I spoke to a rep today who said “as of now” the arena is closed until next year. But said that if something was finalized recently, word would not come down the ranks as of yet. So def. possible.

Per a source: #WWE is not just exploring #SummerSlam at Amway Center in Orlando, but also utilizing the facility going forward for other events.

It’s worth noting #WWE has saved a ton of money on production costs this year due to not being on the road (per the last quarterly financial report), so if it were a money matter of leasing Amway, that would seem very doable.

If #WWE could secure some sort of lease at Amway Center, it’s not out of the realm to suggest limited fans could eventually return to the tapings given how big the arena is. Plenty of room to social distance. #AEW has been running with some invited guests, distanced.

This is a very interesting turn of events that could go on to change not only SummerSlam, but WWE programming for a long time to come.

The Amway Center has a capacity of 18,846 for NBA games. If the company uses social distancing they could certainly fit a lot of fans in the building. We will continue to monitor this ongoing situation.