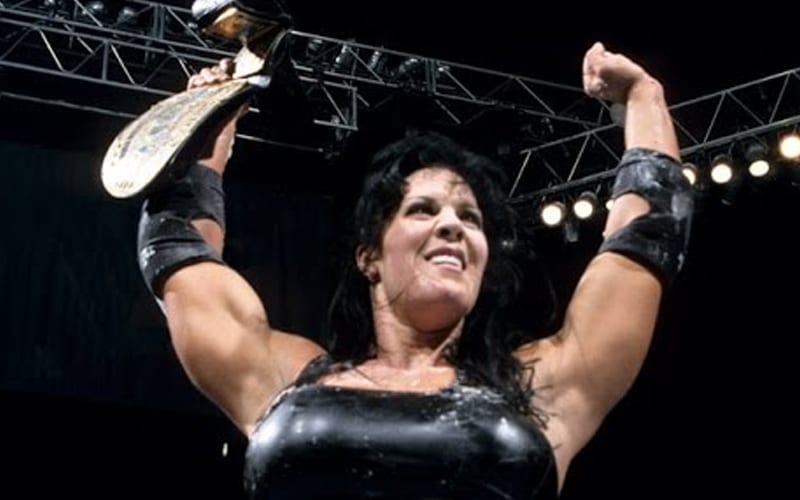 Chyna was inducted into the WWE Hall Of Fame last year as a member of DX. This was followed by her getting an official WWE action figure. Now the company has dropped an even pricier piece of merchandise for her.

The company released a signature series Intercontinental Title for Chyna. It officially came on the market today.

Chyna defeated Jeff Jarrett at No Mercy in 1999 and held the title for 56 days until Chris Jericho defeated her for it. That short reign is now immortalized with a signature title from WWE

The company is making a ton of money on title belts. This new Chyna IC Title belt comes in at $499.99. It makes total sense that WWE will continue to put out these signature belts as their fan base with a disposable income seems to love them.

You can check out the photo below to see the new title that WWE is selling to celebrate the memory of the 9th Wonder Of The World.