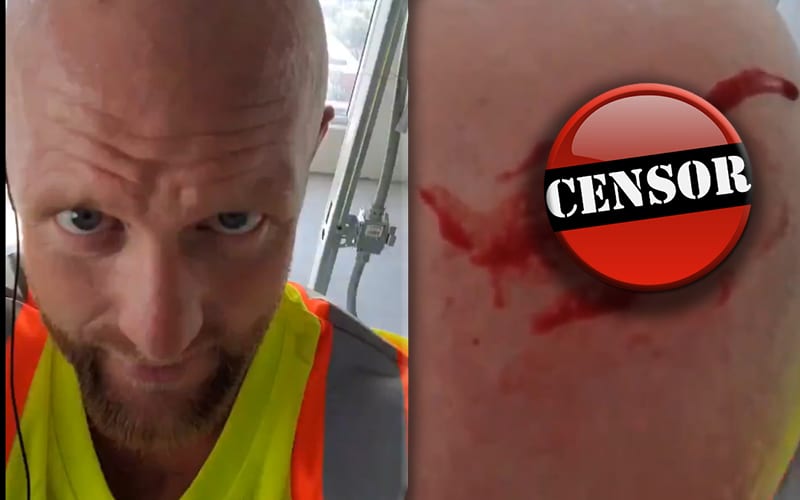 Pro wrestling isn’t the only dangerous job out there. Some pro wrestlers have shoot day jobs, but those are typically less dangerous than the squared circle. That was not the case for Josh Alexander today.

Alexander tweeted out a video of a pretty bad cut on the top of his head. He works as an insulator as his day job, and he wasn’t booked to bleed that day at work. He still ended up with a bloody head.

We’re not sure what happened to him, but the former Impact Wrestling Tag Team Champion found himself going home early.

Ever hard way yourself to get off work early?.. me neither

Fans were concerned and hoping that 1/2 of The North didn’t sustain any kind of serious injury. Josh Alexander seems to be okay.

Plenty of his co-workers in the pro wrestling business chimed in. Josh Alexander’s tag team partner Ethan Page was pretty quick to reply: “When the shoot job is more dangerous than the roster.” Sami Callihan chimed in asking if he works with Alexander there as well.

Gail Kim replied saying: “Any other human that isn’t a wrestler, for the most part would prob freak out. You’re …. oh well. Normal sh*t.” Alexander then said that he went to the gym and did cardio instead of going home.