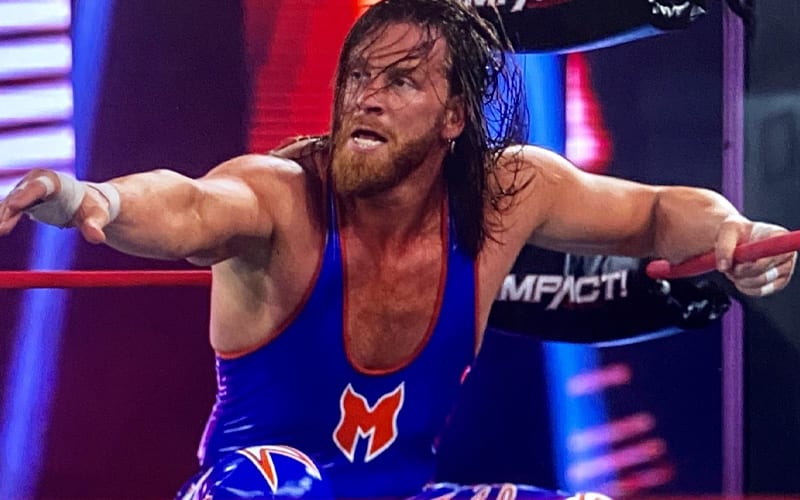 Brian Meyers was released from WWE on April 15th, but he didn’t let that slow him down. The former Curt Hawkins arrived in Impact Wrestling where he received a substantial push right out of the gate.

Meyers faced Impact Wrestling champion Eddie Edwards on this week’s show. He lost that championship match, but Meyers isn’t letting that get him down.

He tweeted out a message saying that there’s no shame in losing. That won’t stop him from claiming that title soon enough.

No shame in losing to @TheEddieEdwards. He’s one of the best. But, so am I. I’ll be @IMPACTWRESTLING Champion soon enough. I’m the most professional wrestler. Enjoy the ride. #IMPACTonAXSTV

Brian Meyers received praise from the Impact Wrestling locker room and fans for his performance on Impact Wrestling this week. Hopefully, this is only the start of big things to come for Meyers as he continues this new chapter in his pro wrestling journey.