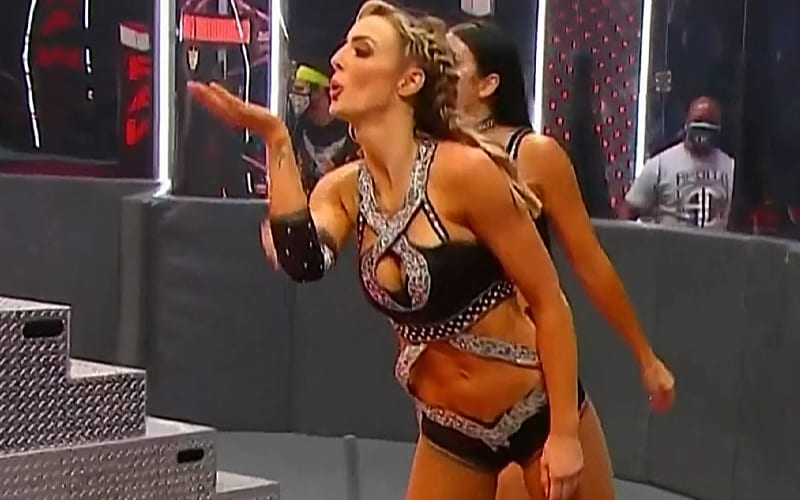 Peyton Royce is set to get a push in WWE. She racked up a win over Liv Morgan on Raw this week and that might just be the beginning of big things for her.

Peyton Royce caught a lot of attention when she debuted a new finishing move a few weeks ago. This wasn’t the only time she got a chance to hit that move on WWE television. She won her match against Liv Morgan this week by using the same move.

They called Royce’s finisher the “Déjà vu” on commentary. Odds are fans will see her hit that move many more times in the years to come unless Vince McMahon changes his mind about her.

During a recent call with the creative team, Vince McMahon praised Bianca Belair and Peyton Royce while calling them future singles Superstars.