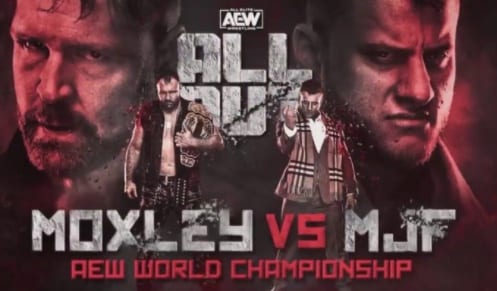 As seen on Sky Bet, the betting odds for Jon Moxley vs MJF at AEW All Out have been released.

Moxley has been the face of All Elite Wrestling for a long time now, and it didn’t take all too long before he was able to capture the AEW World Championship last year.

Now, however, he’s set to face one of his toughest tests to date as the undefeated MJF prepares to challenge Jon for the title at AEW All Out.

In terms of the odds, it’s about as close as it gets. Moxley is the narrow favorite to retain the title at 4/5, whereas MJF is the close underdog at 10/11.

It’s going to be one of those matches that sways back and forth between both competitors, but in the end, there’s a very good chance we might get the change in leadership that MJF has been asking for.