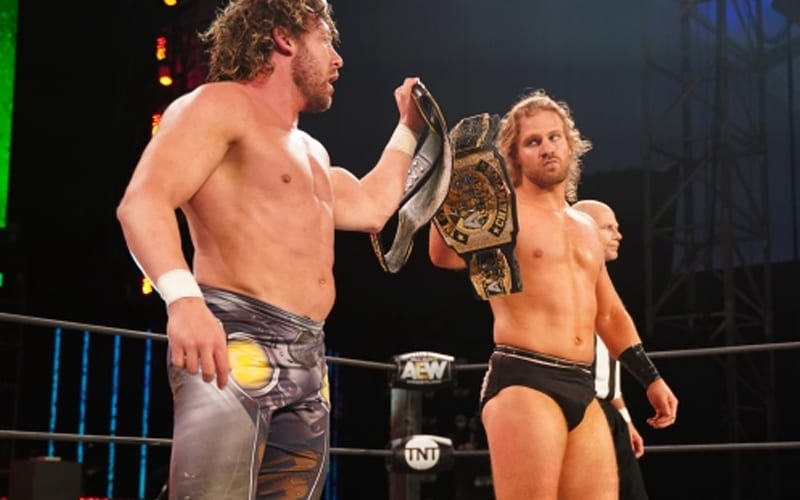 AEW Tag Team Champions Kenny Omega and Adam “Hangman” Page have something special to celebrate today. They will be walking into Dynamite next week with over 200 days as champions behind them.

AEW sent out a special congratulatory post to The Cleaner and Hangman regarding the team’s 200th day as champion. This gives them something to celebrate, but it might be short-lived since the team will defend their titles against Luchasaurus and Jungle Boy on Dynamite.

Congratulations to @KennyOmegamanX and @theAdamPage on 200 Days of being the #AEW World Tag Team Champions.

Omega and Page seemed as though they were drifting apart. Then the pandemic hit and it seems like they have realigned as champions. A split is coming eventually for those two, but they’ve lasted 200 days as champions which speaks to their credit as a team.