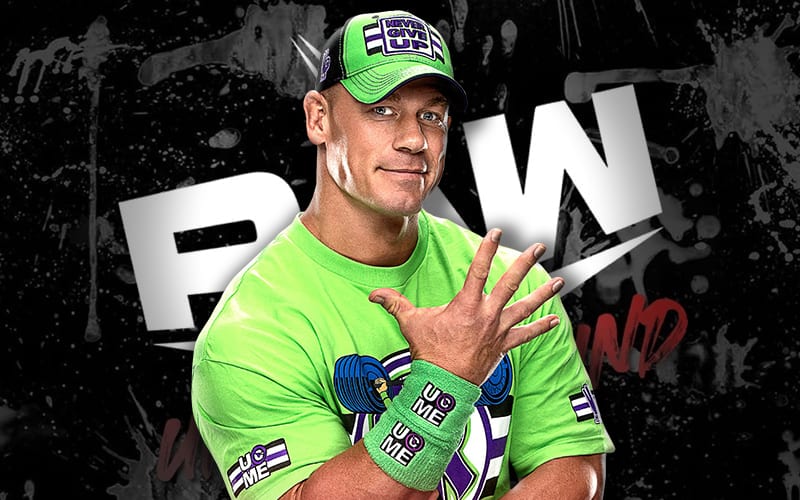 WWE fans saw a new segment debut this week. RAW Underground is a mixture of shoot fighting and pro wrestling unlike anything the WWE Universe has seen before. John Cena hopes that the Superstars can embrace this opportunity.

Newsweek recently spoke to John Cena and the RAW Underground segment came up. Plenty of people saw this new idea from WWE, and Cena was right there along with fans for the ride.

He called it “an opportunity” and stated that any “paradigm shift” will see new chances to be seen. He hopes that the Superstars “embrace the unknown” as they continue to define what pro wrestling is.

“[RAW Underground] is an opportunity. I think any paradigm shift, any big announcement, anything in that world that is ever-changing, constantly-pivoting, there is always a search for growth.”

“It’s an opportunity, that’s exactly what it is. So, I think it needs a little bit of time to find itself. And in all things if it lacks creative definition from the top, I really hope performers embrace the unknown and they define it.”

“So I see a lot of opportunities like that. You have this newer thing not a lot of people know what all of it is and that is the absolute best for anyone that is going to be in front of the camera because they can define it and they can take advantage of the opportunity.”

There are a lot of possibilities for RAW Underground. Right now WWE is playing things by ear in a lot of ways.

John Cena seemed to see the possibilities in RAW Underground. The ratings also saw a bit of an improvement which is something that the company desperately needs right now.