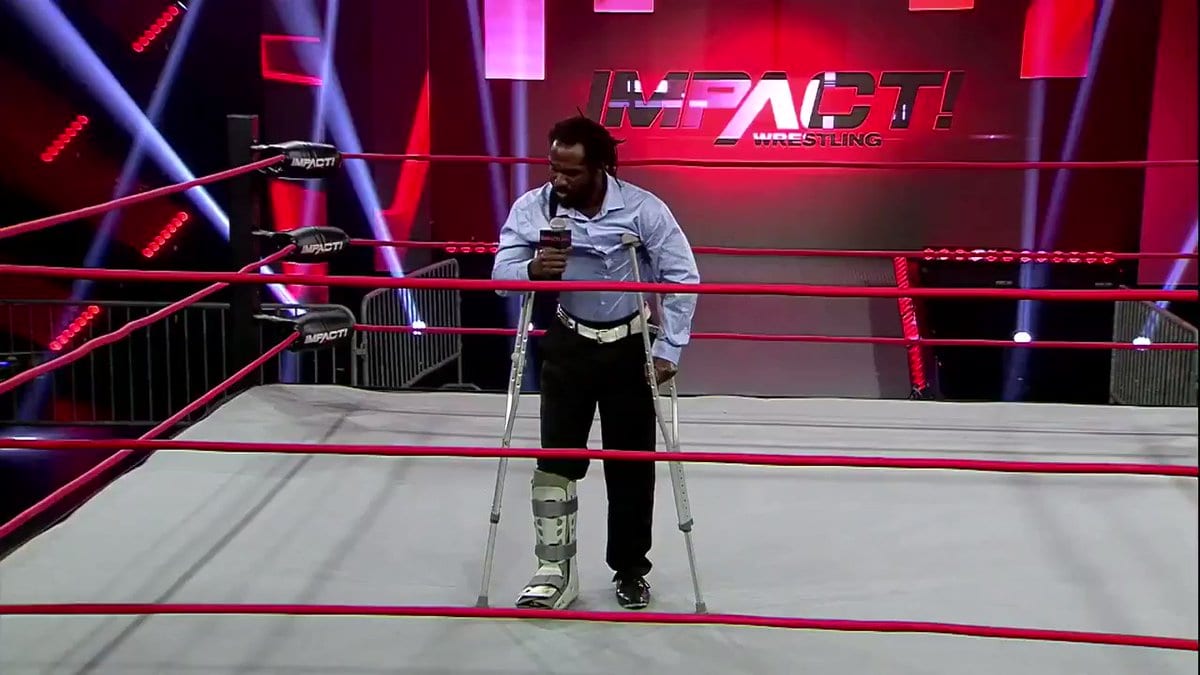 Rich Swann’s career in pro wrestling appears to be over with… sorta.

Swann announced in the closing segments of Tuesday’s episode of Impact Wrestling that the ankle injury that he suffered at the hands of Eric Young at Slammiversary has ended his career.

According to Swann, the doctor said if he gets back in the ring, his life could change and he won’t live a normal life if he continues wrestling. Swann said that he has to think about his family and his future. Swann thanked everyone who supported him.

“It’s been a good 15 years, I hope I made a lasting impact not only in this company, but in this industry.”

The locker room came out to support Swann during this segment. Shortly after as Swann was making his return to the back, Eric Young ran out and knocked Swann to the ground. Young grabbed a crutch and busted it over Swann’s ankle. Wrestlers rushed up to make the save but Young ran off. Eddie Edwards calls for help as the show went off the air.

Rich Swann’s wife Sü Yüng played up to the retirement angle on Twitter with the below tweet.