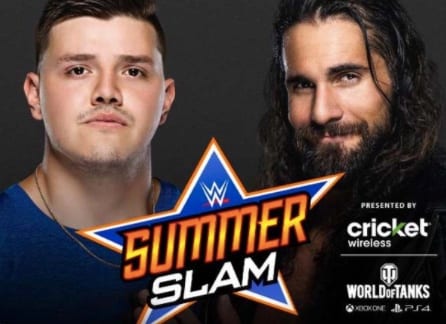 As seen on Sky Bet, the betting odds for Seth Rollins vs Dominik Mysterio at WWE SummerSlam have been released.

For months now fans have been wondering if and when Dominik would make his official in-ring debut, and now, we know that he’ll be going head to head with Rollins at the biggest party of the summer.

While nobody really knows what to expect from him in an actual long-term match, he’s already shown glimpses of something special during some of his appearances thus far.

In terms of the odds, Dominik Mysterio is actually the favorite to win the match at 8/11. Rollins, on the other hand, is a 1/1 underdog.

The odds are pretty tight but even if Mysterio isn’t able to pick up the win, simply being in the ring with someone like Seth is going to help raise his stock significantly.