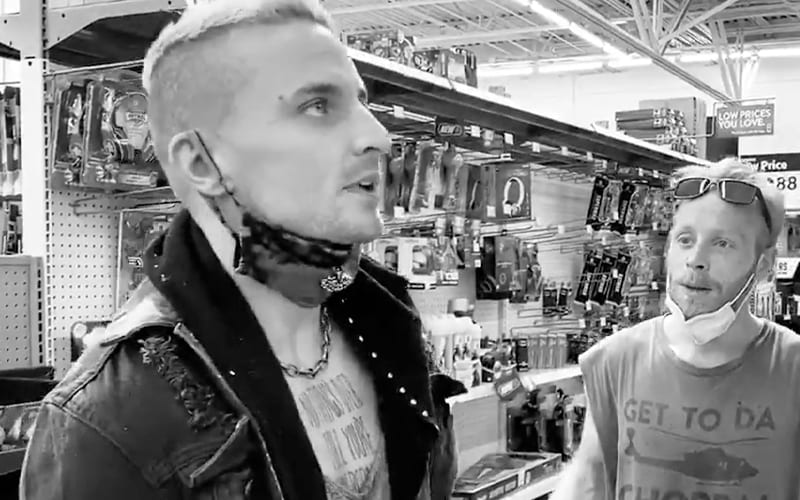 Darby Allin has an AEW World Title shot on Wednesday’s episode of AEW Dynamite. Jon Moxley already has MJF waiting for him at All Out on September 5th, but Allin obviously wants to be the champion when that day comes.

Allin posted a video to social media to plug the new AEW toy line at Walmart. This was a very interesting way to do it. In this video, Allin was looking at a belt and then a fan walked up and recognized him.

This brave fan asked Darby Allin if he was buying an AEW World Title toy belt because he knew he wasn’t winning the real thing. Allin promptly knocked this fan out.

It looks like Darby Allin is ready to take a fight to anyone. We will have full coverage of AEW Dynamite right here at Ringside News.