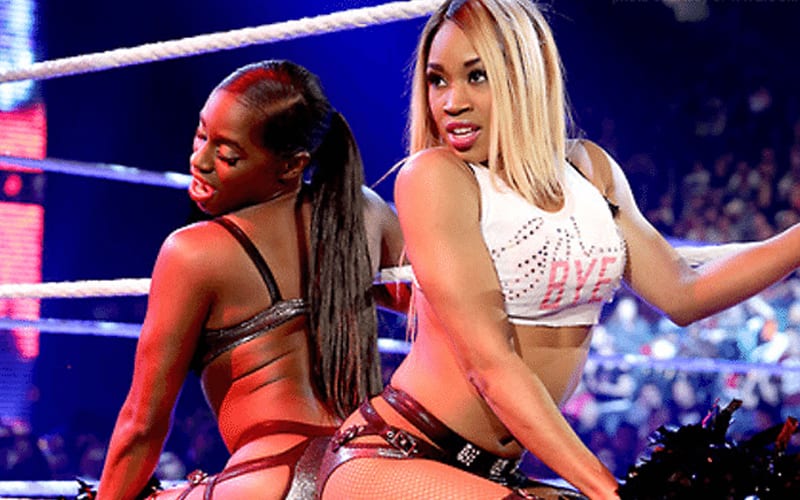 Ariane showed up in AEW, but she wanted to make it clear that a WWE return isn’t off the table. The former Funkadactyl teamed with Nyla Rose, but that team might not have too many more matches.

While speaking on her Spilling The Tea show, Ariane made it clear. She’s not with AEW. There is no contract between herself and All Elite Wrestling. It’s not impossible that she will return, but she also wanted to let Vince McMahon know that she’s still available.

“Ok, since we are spilling tea, I’m gonna keep it one-thousand-percent so everyone can hear it right here, right now. I am not with AEW. That was just a little something.”

She stated that there’s an open door, but a return to WWE would also be preferred. “Hello, Vince! Is you listening? Funkadactyl reunion,” she said to the camera.

We’ll have to see if Ariane shows up in AEW or WWE first. Fans were certainly surprised to see her this week.