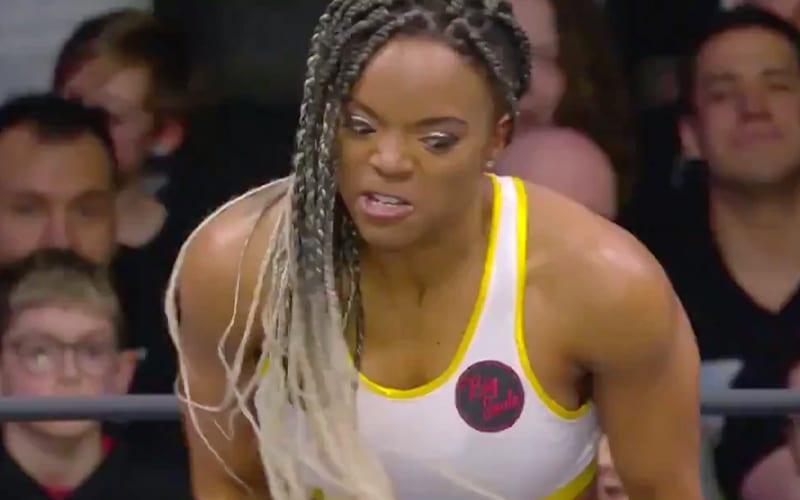 Big Swole is on national television which means she has a lot more exposure to display her abilities on a bigger stage. That also comes with more fans who want to tear her down. Swole has a way of dealing with that kind of opinion.

Swole was brave enough to tell Brock Lesnar that she could whoop his ass. She wasn’t afraid of a fan when they tweeted out: “Aerial that’s true, but a lot of times you over sell, where it looks like you’re trying to be more comedic than hurt.”

Big Swole fired back with a tweet that included several portions all geared to make a very clear point to this fan.

1st of all you don’t know me from a can of paint so idk where you get off calling me Aerial.

Secondly, I sell appropriately and that’s from actual wrestlers who have decades of experience.

Third, Terrance is it, take this mute and I wish you the best in your future endeavors.

Big Swole isn’t going to back down when there is a point to be made, especially when it concerns her wrestling ability.

We’ll have to see what AEW does with Swole in the meantime. Right now she seems to be waiting on Britt Baker’s return from injury so she can give AEW’s resident dentist a beating at All Out.