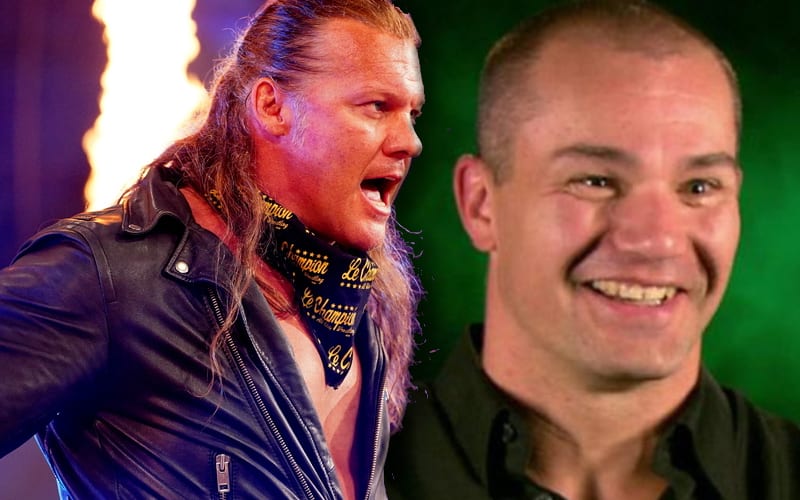 Lance Storm is no longer with WWE, but he never got the retirement match he really wanted. Chris Jericho is in AEW and that could provide a very interesting opportunity.

Storm and Jericho were The Thrillseekers back in the day. That team separated, but their friendship did not end. They worked Jim Cornette’s Smoky Mountain Wrestling and in Frontier Martial-Arts Wrestling in Japan.

During a special Q&A show on F4W Online, Lance Storm opened up about the possibility of wrestling his old friend Jericho one last time. It couldn’t work out the way he wanted to the first time around. AEW could be a perfect stage to produce that match if they can make it happen.

“Well, the idea of the match was mine. I had mentioned it for years and I think the first time I did Jericho’s podcast, we were wrapping up the show and he mentioned about ‘are you gonna have another match or are you done’ because I was [teaching] at the school already. I had mentioned that I had always wanted to do my last match with [Jericho]. I always thought it would be cool to have my first and my last match with the same guy. I could have done it if I had just stayed retired after One Night Stand.”

“But at that time I mentioned that it would be really cool if we could both have our last match together and we would both start and finish on the exact same note. He’s like, ‘that’s a great idea, let’s make a pact right now, let’s do it.’ We sort have agreed to do it but it’s going to come down to when he decides he’s willing to retire or whether I’m still at that point ready to have a match or whether we’ll just be two damn old guys in a sh*tty building somewhere.”

“I would certainly be open to doing the last match with Jericho, I ‘d love to do it that way. If it was in AEW or Jericho-Storm promotions on some indy show we do for ourselves, I’d be open to anything.”

We’ll have to see what the wrestling gods come up with. Perhaps it isn’t meant to be for Jericho and Storm to meet once more. At the same time, you have to think that Tony Khan would love to see that match happen in his company.