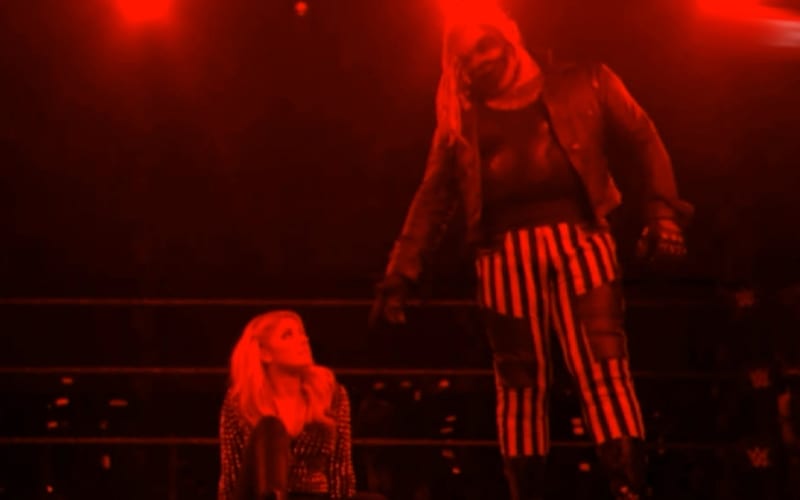 WWE SmackDown ended with a very controversial segment that will definitely get people talking. The main event match was over, but there was still plenty of action in the ring.

Alexa Bliss was ringside for Nikki Cross’ SmackDown Women’s Title match. Cross didn’t win, but Bliss got in the ring afterward to console her. Then Nikki Cross shoved Bliss down and she left.

Suddenly, the lights went out and Bray Wyatt’s Fiend appeared in the ring. He was pointing at Bliss, and she was frozen.

He approached Alexa Bliss slowly and she was terrified. Then he latched his Mandible Claw on Bliss. This was the final segment of the show and a benefit for fans who didn’t turn it off after Bayley defeated Nikki Cross.