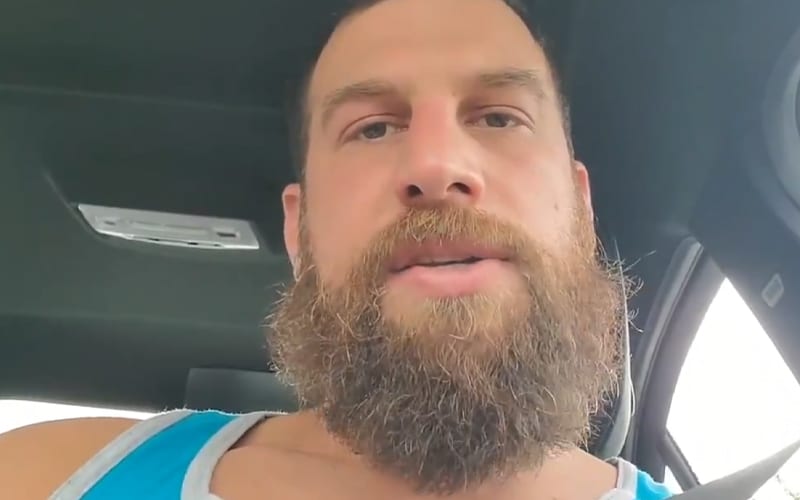 Drew Gulak leaves it all in the ring whenever he wrestles. Last time he locked up in the squared circle he experienced an issue he did not expect.

Gulak dropped a video where he updated fans about his situation. He revealed that he suffered “very minor” internal injury during the fatal four-way IC Title match. He was coughing up blood, but he said it’s okay.

Drew Gulak will get to fight another day which is very important to him as he continues to look forward to his next challenge.

“Last time I was on SmackDown, I suffered some very minor internal injuries in the fatal four-way match for the Intercontinental Championship No. 1 contendership. Took a head scissors to the floor, coughed up a little bit of blood. It’s okay. I was able to get back in it, almost came close to winning if it wasn’t for Shorty G, Chad Gable, throwing me over the top rope like it was the Royal Rumble… I get to fight another day. I am very bummed that I do not get to face AJ Styles for the Intercontinental Championship this week on SmackDown… I am, as of now, cleared to compete. I trained all week. I social distanced. I stayed safe.”

Hopefully, Drew Gulak can avoid coughing up blood from this point on. That is not a normal problem, and it is also one that anyone should want to avoid happening in the future.

Drew Gulak isn’t letting this little speed bump get in his way. He is looking on toward his next opportunity, so he doesn’t have time to deal with this issue no matter how minor it might be.