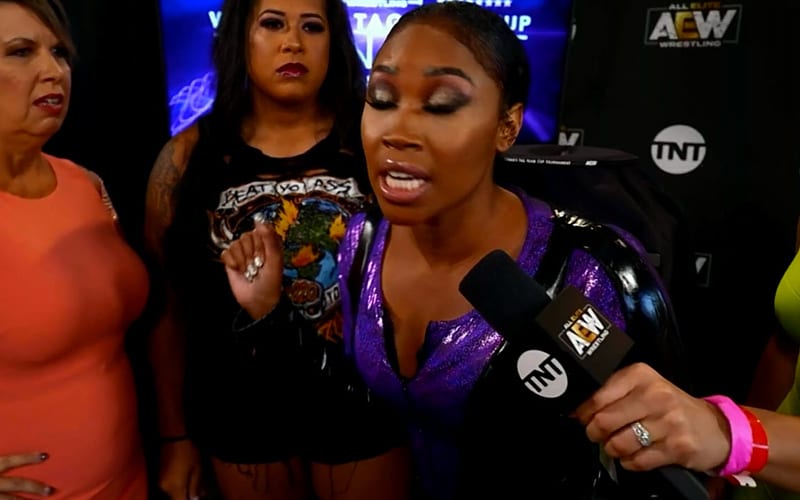 AEW will hold a Women’s Tag Team Cup Tournament. This tournament brought an unexpected signing to the company.

They went over the rules for the tournament which include choosing a colored ball making partners random. Wrestlers don’t know who their partner are going to be.

She is going as Ariane now which is her real name. It’s unclear if she signed a contract or if this is a special appearance for the tournament.