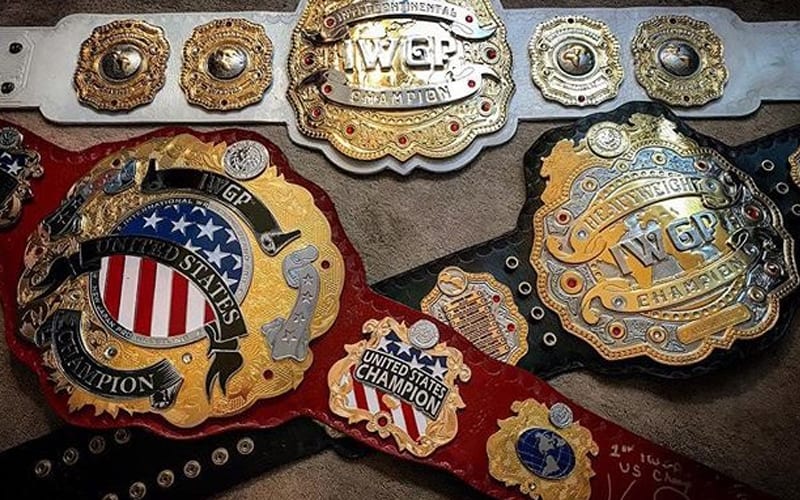 New Japan Pro Wrestling is one of the oldest and most successful promotions in the world, second only to the WWE. In its 40+ years of history, NJPW has introduced a number of Championships and in recent years, the company has introduced their own versions of the Intercontinental & United States Championships as well.

In a press conference for the upcoming Summer Struggle event, former IWGP Heavyweight Champion Kazuchika Okada announced NJPW’s latest Championship – the “KOPW2020 Title”. Interestingly, this title will not be in the form of a Championship belt and will be reset at the end of each year.

The first KOPW2020 Titleholder will be crowned over the course of the two-night long Summer Struggle event. Eight wrestlers will participate in the tournament in four singles matches on August 26th on Night One.

In the first round, every wrestler is permitted to bring in their own set of rules and stipulations to the match and fans will decide whose rules & stipulations are selected. The winners of this match will battle in a regular four-way match on Night Two of the event on August 29th.

The title can be challenged throughout the year under different stipulations and the last person to hold it in 2020 will be awarded a trophy and then the title will be reset.

Following is NJPW’s official statement regarding the KOPW2020 title:

After teasing a ‘controversial idea’ backstage since Sengoku Lord in Nagoya, Kazuchika Okada held a special press conference today to announce the KOPW 2020 title. Unlike any other championship in New Japan Pro-Wrestling, this will not have a championship belt, and instead be reset at the end of each year. Here are the details:

The provisional KOPW 2020 will be decided across two nights, on August 26 in Korakuen Hall, and on August 29 at Summer Struggle in Jingu Stadium.

Eight wrestlers will wrestle in four singles matches on August 26.

Each wrestler will bring their own desired match rules to the first round. Okada suggested that ‘there are all kinds of rules. Two out of three falls, ladder, steel cage matches, it could be anything’.

Fans will vote on which wrestler’s rules the singles matches will be contested under.

The winners of those singles matches will advance to a four way match on August 29 under ‘regular’ four way rules. The winner of that match will be provisional KOPW2020.

The KOPW title can be defended until the end of the year, with stipulations to be voted on by fans. The winner of the last KOPW2020 title match of the year will be presented with the KOPW trophy, and the process begins anew in 2021!

Okada stated that this would provide action that is ‘completely different from what we’ve expected from IWGP titles, and from NJPW’ but represented a completely fresh approach. Don’t miss a second of KOPW2020 in NJPW!

You can watch the press conference for the announcement of the KOPW2020 Title here: