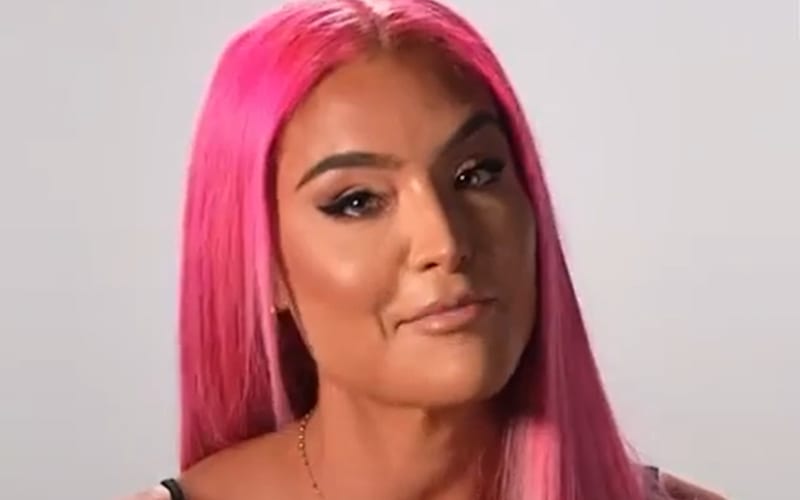 The pro wrestling scene is full of young talent hungry for their big break. They will soon be featured in a new series hosted by former WWE Superstar Eva Marie.

NowThis News is releasing a multi-part series called Faces And Heels. The series will document the careers of seven female wrestlers. Big Swole, Jordynne Grace, and others were briefly shown during the trailer.

Eva Marie was excited to announce that she is hosting this show while she shared a trailer. This series will air on the NowThis Facebook page every Thursday.

I’m so excited to announce that I’m the host of a new show about women wrestlers on @nowthisnews.
–
FACES and HEELS follows 7 amazing women who are kicking ass in the real world of wrestling. Check out the trailer and keep an eye out for the first episode on Thursday 7/30 on my Facebook page.

Eva Marie and WWE parted ways on August 4th, 2017. Since then she’s enjoyed a career in modeling and she’s done some acting work as well. Now she has a new gig that is bringing her a bit closer to the pro wrestling world.