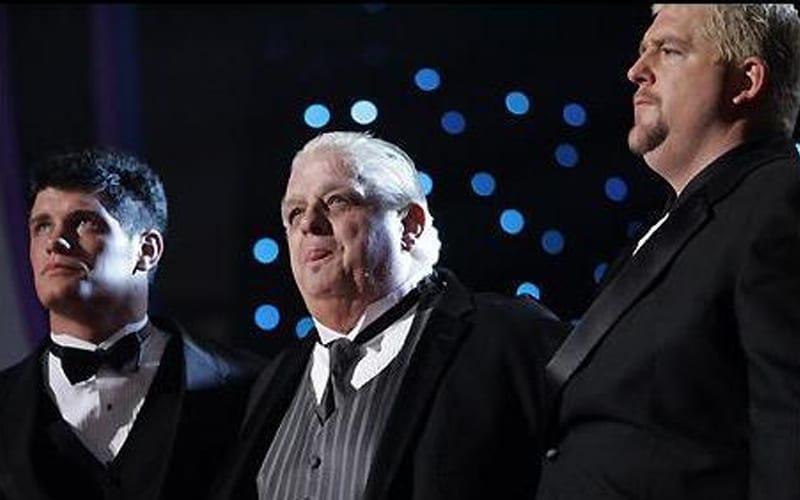 Dusty Rhodes was the American Dream for fans around the world, but Cody knew him as his father. A young American Nightmare wasn’t familiar with much about his father’s pro wrestling career, but he eventually discovered how famous of a father he really had.

Cody saw a tweet from the Mid-Atlantic Championship Podcast. This clip showed a famous moment where Dusty Rhodes defeated Ric Flair for the NWA World Heavyweight Title. It was a huge moment in history, but Cody didn’t realize it happened until way later.

The American Nightmare revealed in a tweet that it took him renting a VHS tape to discover he held the 10 Pounds Of Gold.

I rented this show on VHS as a kid – had only a rudimentary knowledge about Dad’s career. I ran to his room and said “you were world champion?!”

Years later he told me his favorite thing about this clip…section 320 celebrating & the fact he worked for every seat in the house.

That moment in the Greensboro Coliseum will never be replicated. It was a different time far before kayfabe died and COVID-19 appeared making it practically impossible to think about a crowd like that gathering in today’s age. Cody remembers that footage fondly, especially how his father reacted when his son realized he was a champion.