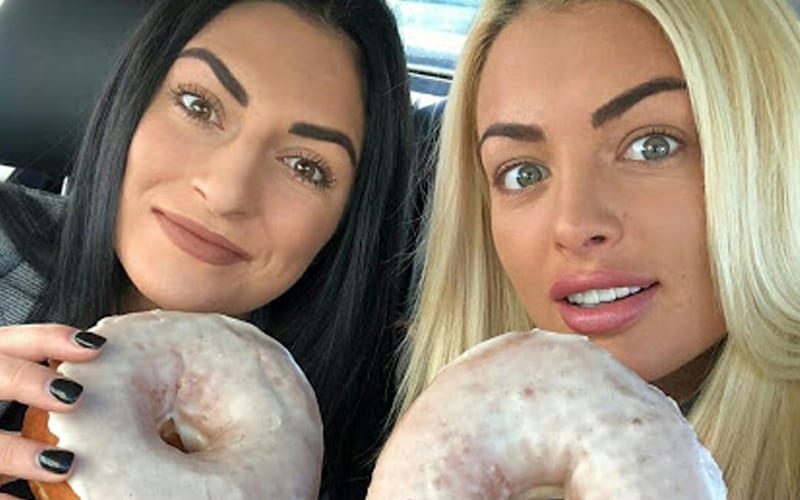 Mandy Rose and Sonya Deville are bitter rivals in WWE right now. They were aligned for over five years on WWE television and that friendship is still ongoing behind the scenes. They are also still huge fans of donuts.

The two haven’t done so many Damandyz Donuts episodes in recent months. Nixing their touring schedule due to the pandemic stopped them from trying donuts across from the country. They still have plans to carry on with their foodie obsession.

While speaking to Food Sided, Sonya Deville was asked if there are plans to get any real Damandyz Donuts in the oven. Deville didn’t want to give too much away, but that is a real possibility.

“Not to give away too many surprises, but in the near future, we’re working on doing that. It’s in the works. It’s further along in the process than it has ever been. We’ve been waiting for the right time when Mandy and I have enough time to put into it. Obviously it’s our baby, so we want to be a big part of the creative process and creating the donuts. Hopefully, it’s gonna come to fruition soon. It’s probably going to be available nationally via online ordering and possibly a few storefronts.”

Damandyz Donuts might start popping up on store shelves soon enough. Their status as WWE Superstars will certainly help them when it comes to getting the word out about a new product. It might be a difficult time to get something like that going during a pandemic, but the plans seem to be in motion.

Are you interested in trying Damandyz Donuts? Sound off in the comments below!