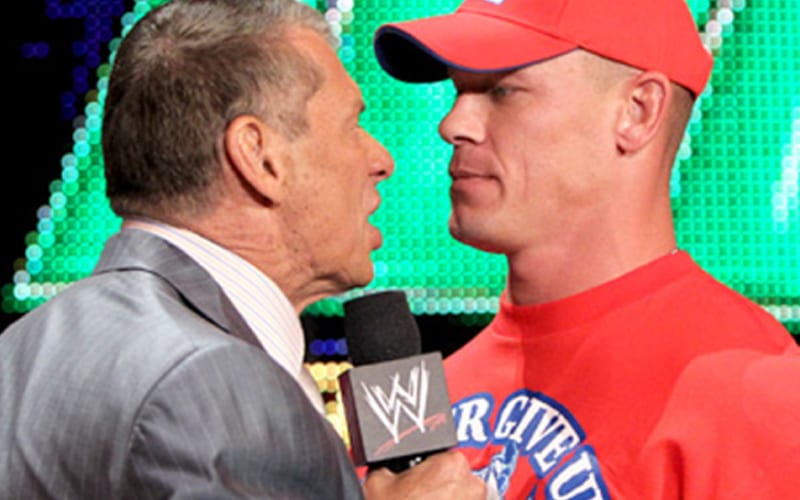 John Cena didn’t have the best beginning in WWE. Although one could say that his very first outing against Kurt Angle was a solid start for a performer, everything after that point was an uphill battle for the now 16-time World Champion.

Cena has talked about his early struggle in WWE on numerous occasions. It is hard to believe it now but Cena wasn’t always Vince McMahon’s Golden Boy.

Former WWE Superstar Rico revealed in an interview with Sportskeeda that Vince McMahon never really understood John Cena’s character. Rico said that McMahon wanted to let Cena go until he allowed the young Superstar to do his thing and get over on his own.

Cena is a 16-time World Champion and the face that ran WWE for over 10 years. Now, he is making a career in Hollywood and has already attached himself to multiple mega franchises of the industry.

However, had Vince McMahon’s temperamental nature triumphed, there would have been no John Cena.