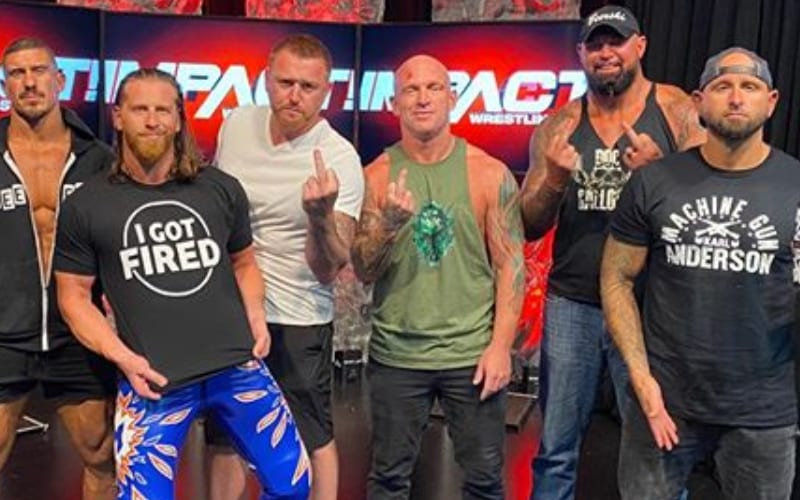 Impact Wrestling now has 6 former WWE Superstars out of the April 15th releases. More could still join later on, but right now it looks like a pretty good round of signings.

The Good Brothers, EC3, Eric Young, Heath, and Brian Myers are now with Impact Wrestling. You could technically include Deonna Purrazzo in that group since she was released on the same day. Purrazzo was cut from NXT which gave her an extra 60 days of freedom. NXT non-compete clauses are only 30 days.

Big LG, Heath, and Young even decided to raise a celebratory middle finger for the photo. Myers was showing off his “I Got Fired” t-shirt which Heath is selling on his PW Tees store. It looks like they’re happy with this decision and none of them came alone. The big question is whether Impact Wrestling is done signing former WWE Superstars.

This kind of wave of talent should also put other members of the Impact Wrestling roster on notice.