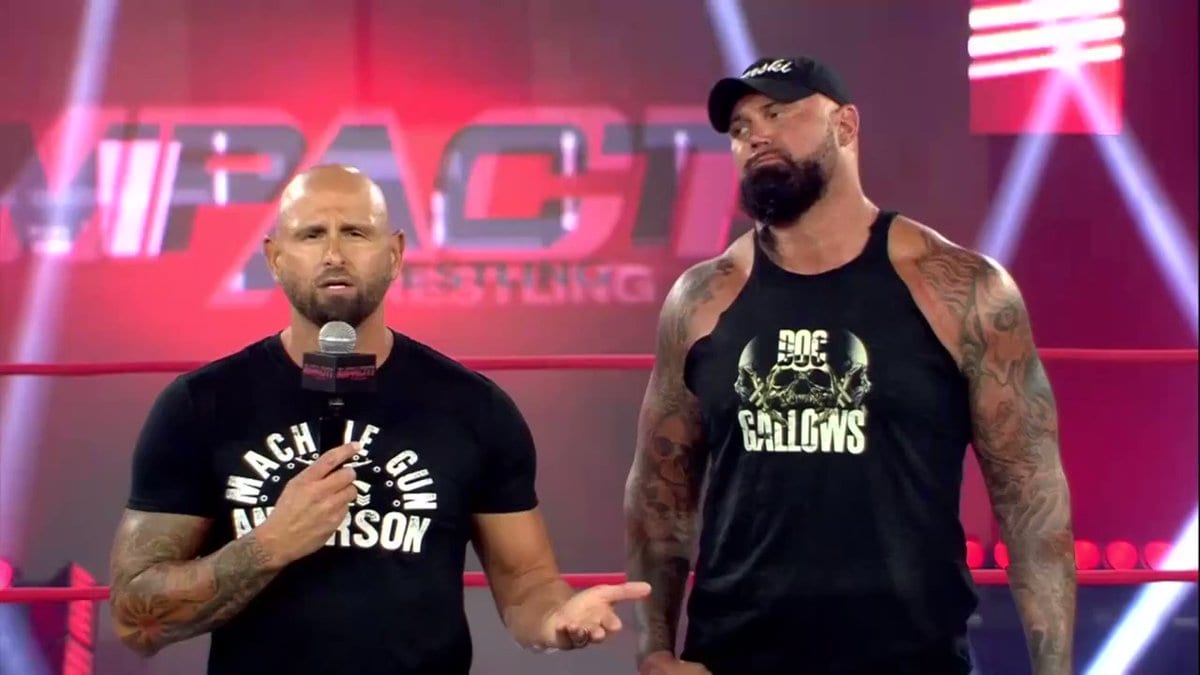 Ever since they left WWE, The Good Brothers aka Doc Gallows & Karl Anderson have made it clear that they have big plans for their post-WWE career.

In the last few weeks we’ve heard them spill the beans regarding their exit from the company, and we’ve seen them make their way over to Impact Wrestling.

On the latest edition of Impact, the popular tag team was given the chance to air their grievances on the mic.

While this is probably nothing more than a light-hearted jab, it should be noted that during their stint as ‘The Club’ in WWE, they weren’t given all too much time to shine during promos.