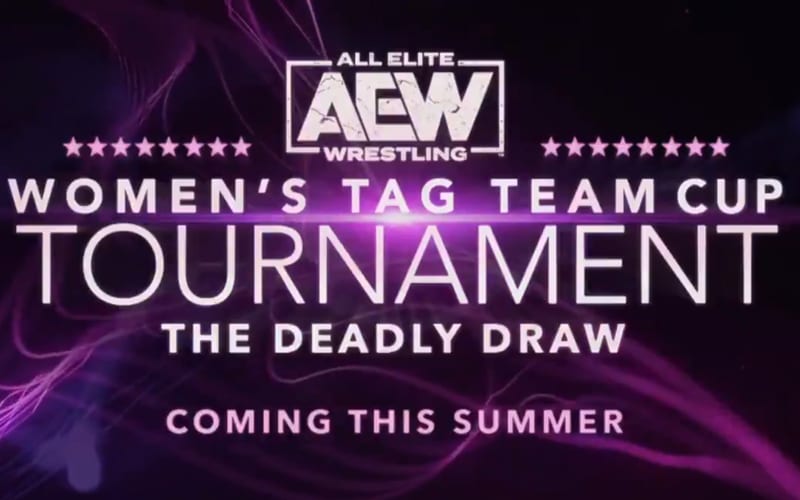 AEW is giving their women’s division a much larger focus and they are introducing a new prize for the division. The company announced plans to hold an AEW Women’s Tag Team Tournament during Dynamite this week.

Coming this Summer | 16 Women | 8 Teams It’s the AEW Women’s Tag Team Cup Tournament: The Deadly Draw Who will step up? Let us know your team predictions using the hashtag #AEWDynamite!

Hikaru Shida said last week that they are looking for any women who is looking for an opportunity. They will seemingly need more women on their roster to fill up a tournament.