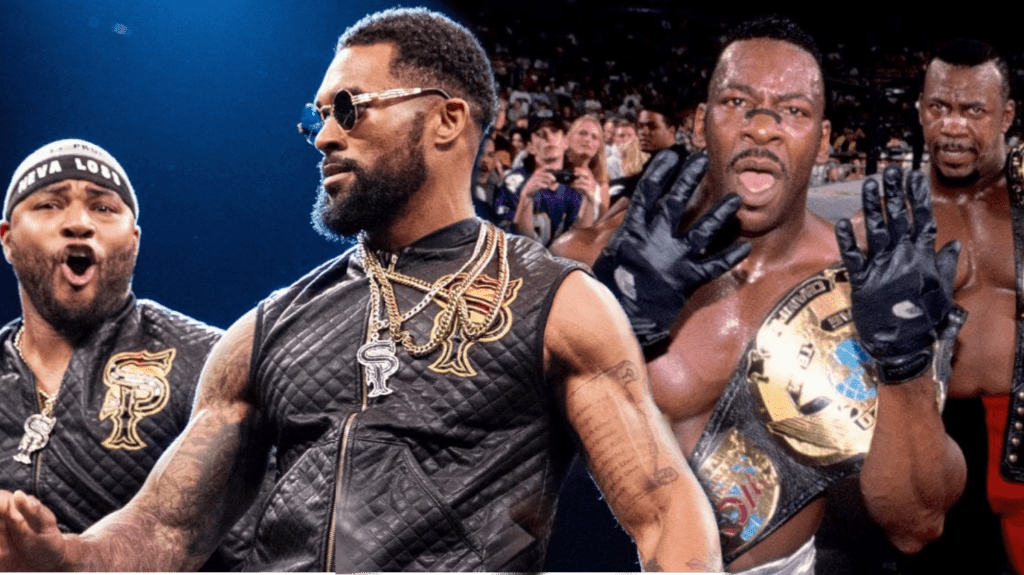 WWE Hall of Fame Tag Team Harlem Heat consisted of Booker T and his elder brother Stevie Ray. Together, the two brothers won the WCW Tag Team Championships 10-times and are generally considered as one of the greatest tag-teams of all time.

While watching RAW last night, Booker T took to his Twitter to make an interesting comparison. The 6-time World Champion posted a picture of The Street Profits alongside Harlem Heat, seemingly comparing the two teams.

Just like Harlem Heat, Montez Ford & Angelo Dawkins bring a lot of charisma to every program they are a part of and are fan-favorites within the pro-wrestling community.

Therefore, it makes sense for Booker to see a little bit of Harlem Heat in the current RAW Tag Team Champions.

Booker has been very vocal about his fondness of the Street Profits in the past and has also talked about his interest in managing the tag-team in WWE on multiple occasions.

Do you see a resemblance between The Street Profits & Harlem Heat? Let us know your thoughts in the comments below!