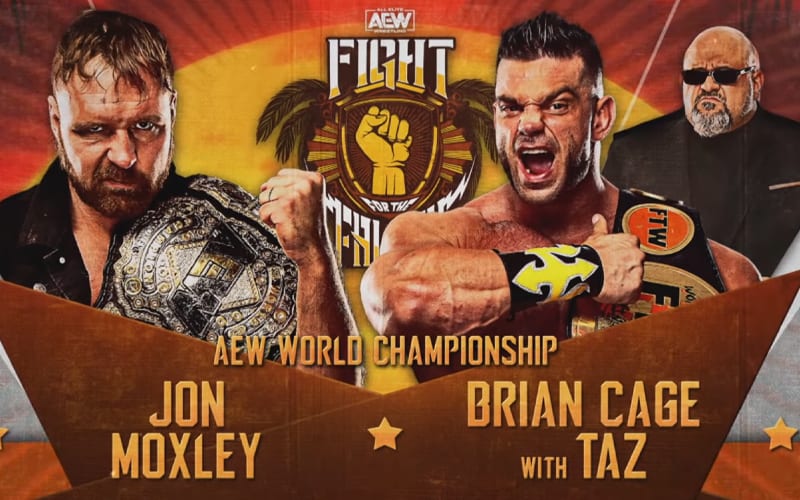 AEW is following Fyter Fest up with another special event on TNT. Fight For The Fallen is a free event on television this year, but it will still be a loaded two hours of pro wrestling action.

Jon Moxley will defend the AEW Title against Brian Cage. This match should have happened at Fyter Fest, but was postponed to Fight For The Fallen.

Cody Rhodes will put his TNT Title on the line against Sonny Kiss. That match already started a fair amount of controversy.

All that and more including an appearance from Chris Jericho is expected on Dynamite’s special presentation of Fight For The Fallen this week.

The Elite vs Jurassic Express