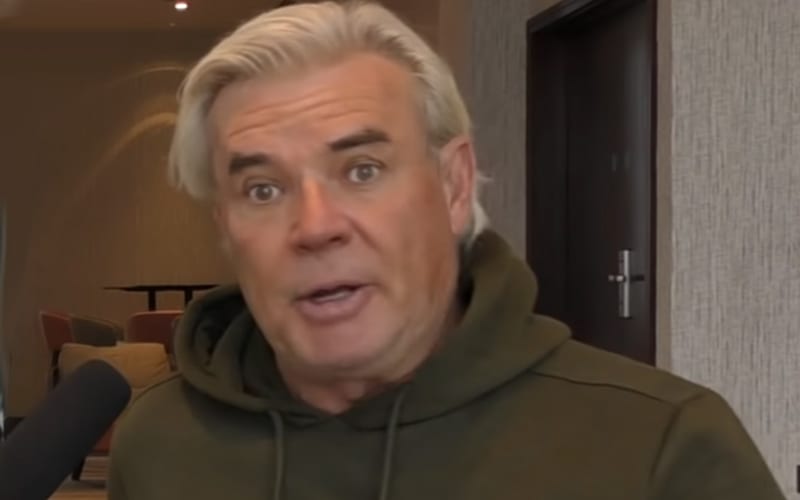 Tony Khan opened up to Eric Bischoff and told him that AEW wouldn’t be a reality if not for WCW. This conversation continued and Easy E had something to say as well.

During the Road To Fight For The Fallen video conference with Conrad Thompson, Tony Khan, and Eric Bischoff, the former SmackDown Executive Director revealed that when he was with WWE, they had a side-by-side viewing party of AEW Dynamite and WWE SmackDown.

Eric Bischoff revealed that he watched AEW Dynamite in a conference room with other SmackDown writers. This helped them distinguish the differences.

“I do want to say this, one of the things that I think has distinguished [AEW] from anybody else, even when I was with WWE last year, I sat down and watched both shows side-by-side and I was working with WWE at the time and I was watching it in a writer’s conference room with a bunch of other writers.”

Eric Bischoff also stated that he believes AEW is handling their television product better than WWE’s current presentation. Bischoff said that when he watched both shows during the COVID-19 era, WWE’s method of shooting was “tighter” as they camouflaged the venue instead of embrace it. He also said that AEW “feels more like live TV.”

We’re not sure how many people in WWE are still watching AEW, but Bischoff made sure WWE’s creative team was made aware of what All Elite Wrestling was up to.