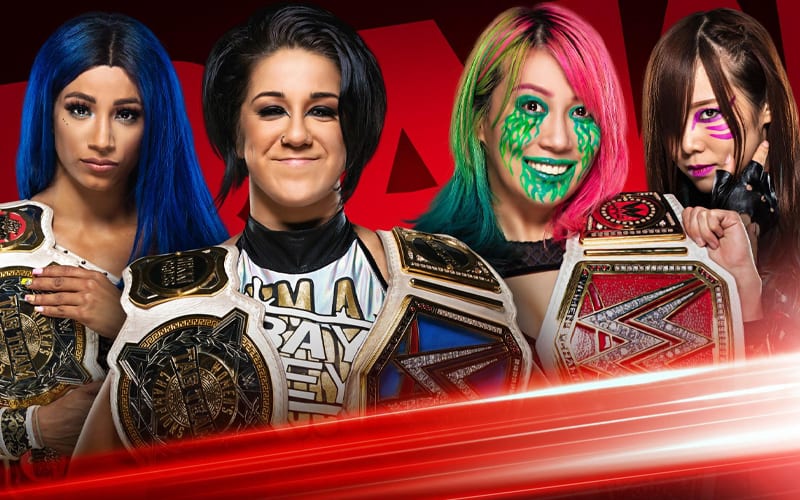 WWE has one more episode of RAW before The Horror Show at Extreme Rules. This week’s episode will feature a night of grudge matches.

Bayley and Sasha Banks vs Kabuki Warrior will wrestle for the WWE Women’s Tag Team Titles. Bayley might not walk into Extreme Rules as Bayley Dos Straps.

Seth Rollins and Kevin Owens will wrestle once again on RAW this week. Also, Randy Orton will face R-Truth, but it wasn’t noted if the match will be for the WWE 24/7 Title.

Viking Raiders will also take on Andrade & Angel Garza in a tag team elimination match. You can check out a bullet point preview list from WWE below.