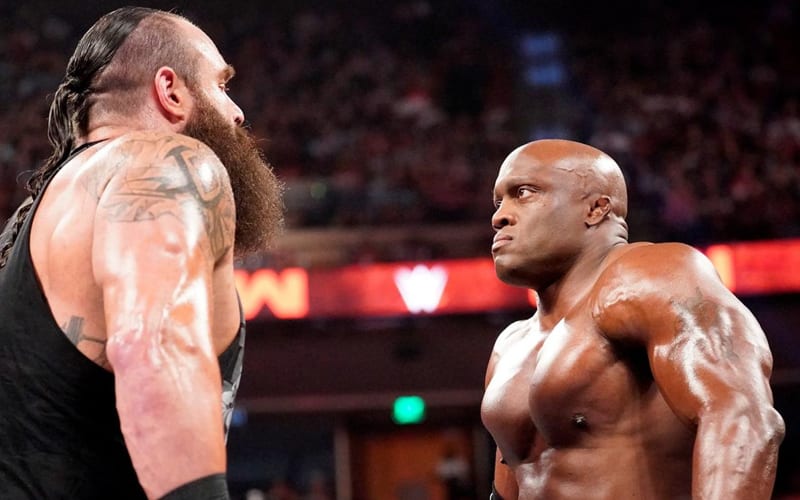 On July 1st, 2019, Bobby Lashley and Braun Strowman fought on RAW. Their match ended with explosions and Corey Graves yelling: “HOLY SH*T.” This was quite a moment in time, and Lashley wouldn’t mind a rematch.

WWE decided to plug this match as a memory worth thinking about on a Monday. Braun Strowman replied to that tweet by saying the match was “One of the most physical matches I’ve ever had!!!!” He also stated that Bobby Lashley is a “tuff dude.”

The All Mighty saw the current Universal Champion’s tweet. He proposed that they have another go and put that title on the line next time.

When two dudes as big as @BraunStrowman and I go all over the arena, you know something crazy is gonna happen!! Let’s run it back some day big man…maybe put that #UniversalTitle on the line

Bobby Lashley was unable to capture the WWE Title, but there are more top championships in WWE that he can chase. We’ll have to see if this is possible or if brand lines will keep this rematch from happening.

Strowman replied saying: “You know I love competition. I’ve got an old friend to take care of first!!!!!” Perhaps this match is possible after Strowman is done with Bray Wyatt.

Do you think Braun Strowman vs Bobby Lashley sounds like a good Universal Title match? Sound off in the comments below!